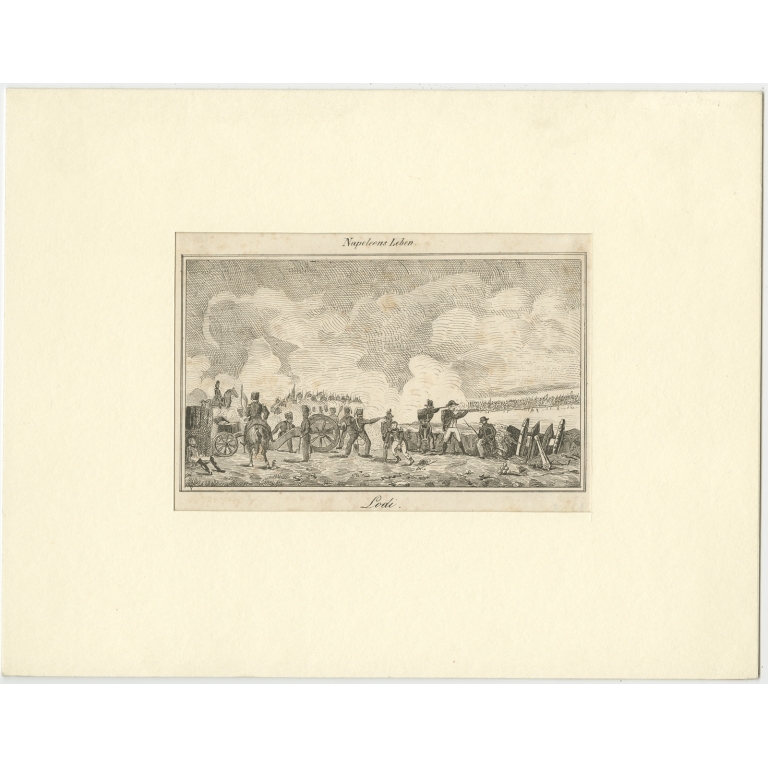 Description: Antique print titled 'Lodi'. Original antique print of the Battle of Lodi. The Battle of Lodi was fought on 10 May 1796 between French forces under Napoleon Bonaparte and an Austrian rear guard led by Karl Philipp Sebottendorf at Lodi, Lombardy. The rear guard was defeated, but the main body of Johann Peter Beaulieu's Austrian Army had time to retreat. Source unknown, to be determined.