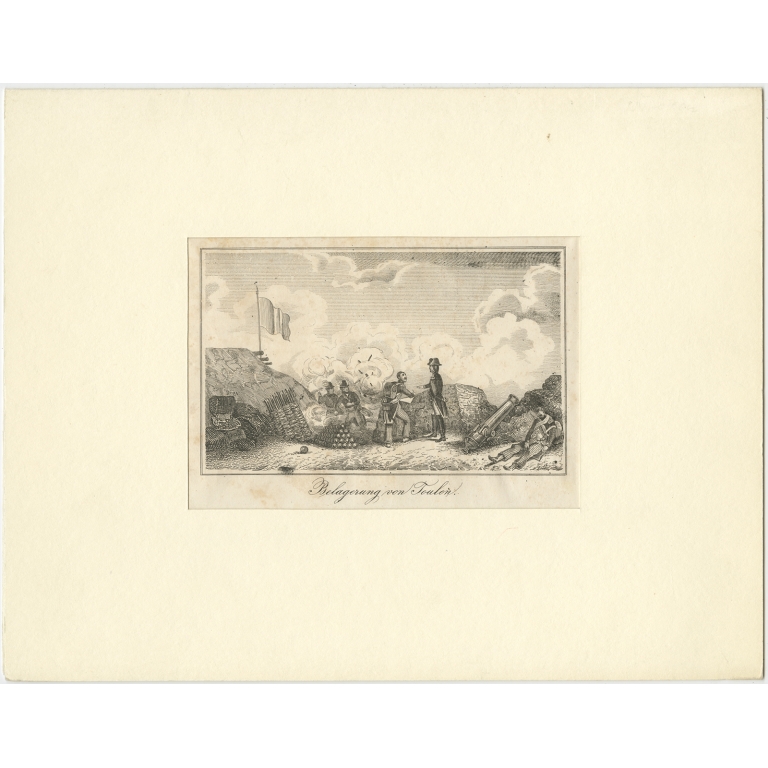 Description: Antique print titled 'Belagerung von Toulon'. Original antique print of the Siege of Toulon. The Siege of Toulon (29 August – 19 December 1793) was a military engagement that took place during the Federalist revolts of the French Revolutionary Wars. It was undertaken by Republican forces against Royalist rebels supported by Anglo-Spanish forces in the southern French city of Toulon. It was during this siege that young Napoleon Bonaparte first won fame and promotion when his plan, involving the capture of fortifications above the harbor, was credited with forcing the city to capitulate and the Anglo-Spanish fleet to withdraw.