Antique Print of the Method of Belly Cutting by Montanus (1669) 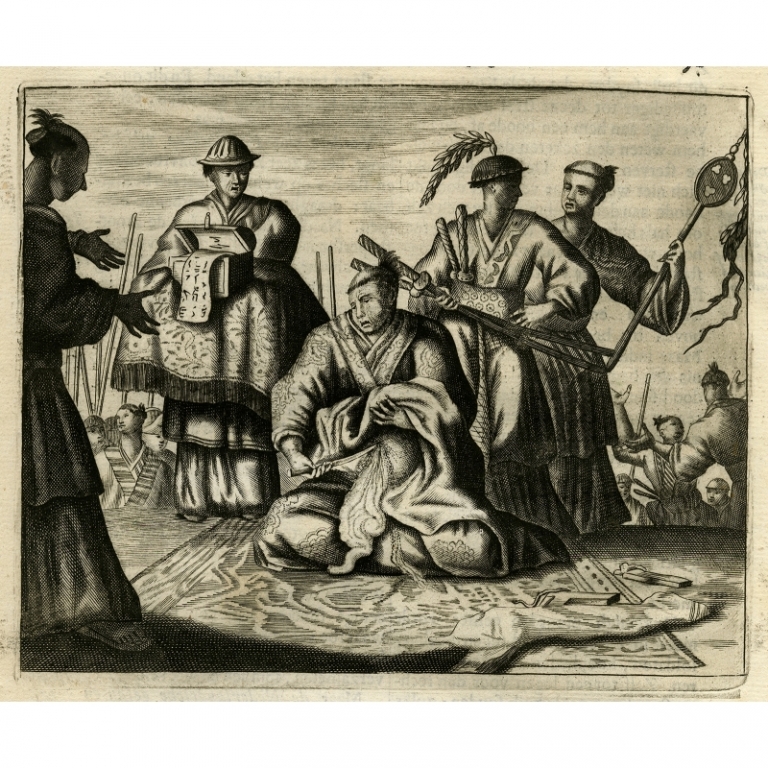 Description: Antique print, titled: 'Manier der Buiksnyding.' - ('Method of belly cutting'). A nobleman must commit seppuku because of his crimes. He is kneeling on the ground and has stabbed his belly. This disembowelment was a ritual honorary suicide. Several other figures are present, including one holding a cushion on which a lacquer box rests with a scroll of paper (the verdict?). Arnoldus Montanus' "Gedenkwaerdige Gesantschappen der Oost-Indische Maatschappy in 't Vereenigde Nederland aan de Kaisaren van Japan […]. Amsterdam: Jacob Meurs, 1669.

Artists and Engravers: Made by an anonymous engraver after 'Arnoldus Montanus'.