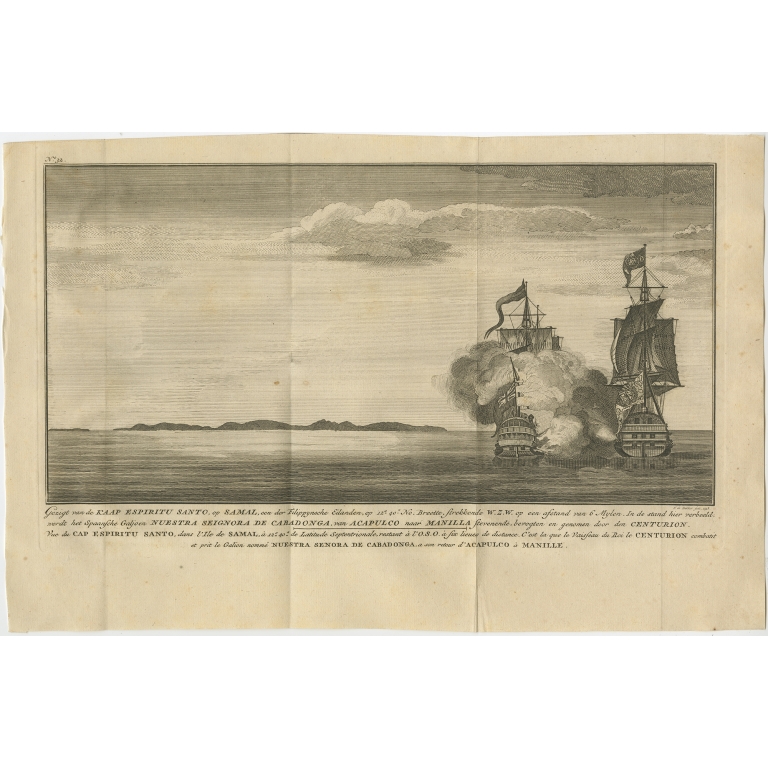 This is where Anson captured the Acapulco Galleon, the Nuestra Senora de Cavadonga, the Prize of all the Oceans. After a 90 minute action, the Spanish Cavadonga struck her colours, and Captain Saumarez boarded her. On board was 1,313,843 gold pieces of eight, and 35,682 ozs of virgin silver. The treasure was transferred to The Centurion over the next three days. They then set sail for Macau. They reprovisioned, sold the Manila Galleon, and set sail for home, reaching Spithead on June 15, 1744, three years and nine months after they first embarked on this voyage. Anson was feted up and down the country, and his treasure paraded through the streets of London in twenty-six wagonloads of gold and silver.