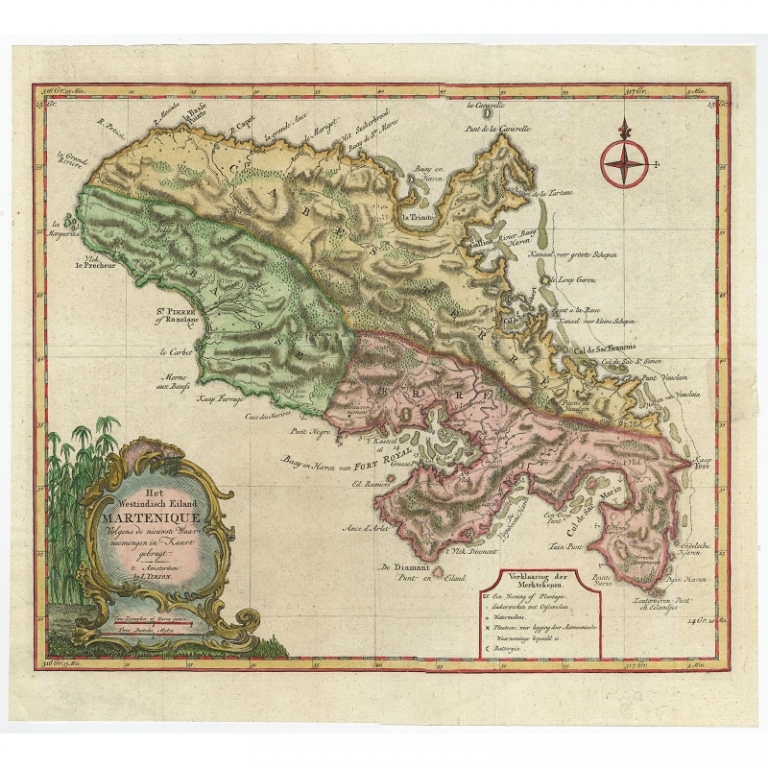 Artists and Engravers: Made by 'Isaak Tirion' after an anonymous artist. Isaak Tirion, a Dutch publisher in Amsterdam, was born 1705. He produced serveral Atlases and Dutch town plans. The maps mainly based on those of Guillaume de l'Isle. He died in 1765. Tirion was born in Utrecht in 1705. He moved to Amsterdam in 1725 and set up shop on Damrak as a book publisher. Tirion quick rose in prominence by publishing pamphlets, historical works, and, most importantly, maps and atlases. He eventually relocated his printing house to the prestigious Kalverstraat. In his long career he produced eight atlases in multiple editions, some of which were published posthumously until about 1784. Most of his cartographic work is based on the earlier maps of Guillaume de L'Isle.