Antique Map of the Province of Kilan by Olearius (1662) 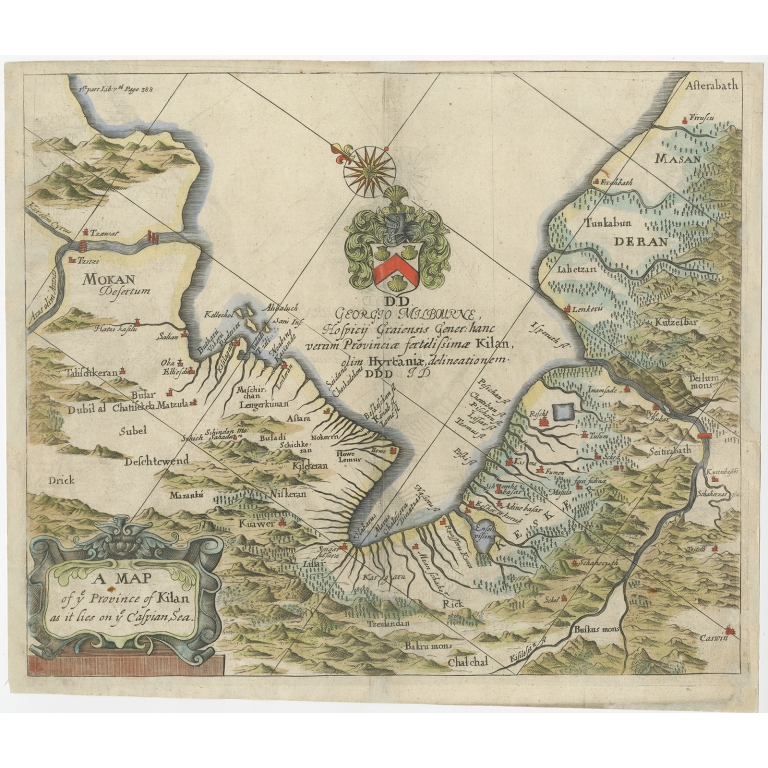 Description: Antique map titled 'A Map of ye Province of Kilan as it lies on ye Caspian Sea'. Rare map of the province of Kilan, near the Caspian Sea. Originates from 'The voyages and travells of the Ambassadors sent by Frederick Duke of Holstein, to the Great Duke of Muscovy, and the King of Persia (..)'.

Artists and Engravers: Adam Olearius (Adam Oelschlaeger) participated in an embassy to Moscow and later to Persia, in an attempt to secure for Frederick III a favorable position at the end of the Silk Route. He traveled extensively in Russia and Persia, meeting with the Czar and the Shah. The party's descent of the Volga resulted in the first detailed mapping of the river based on Olearius' account of the expedition