Antique Map of the Persian Empire by Schenk (1705) 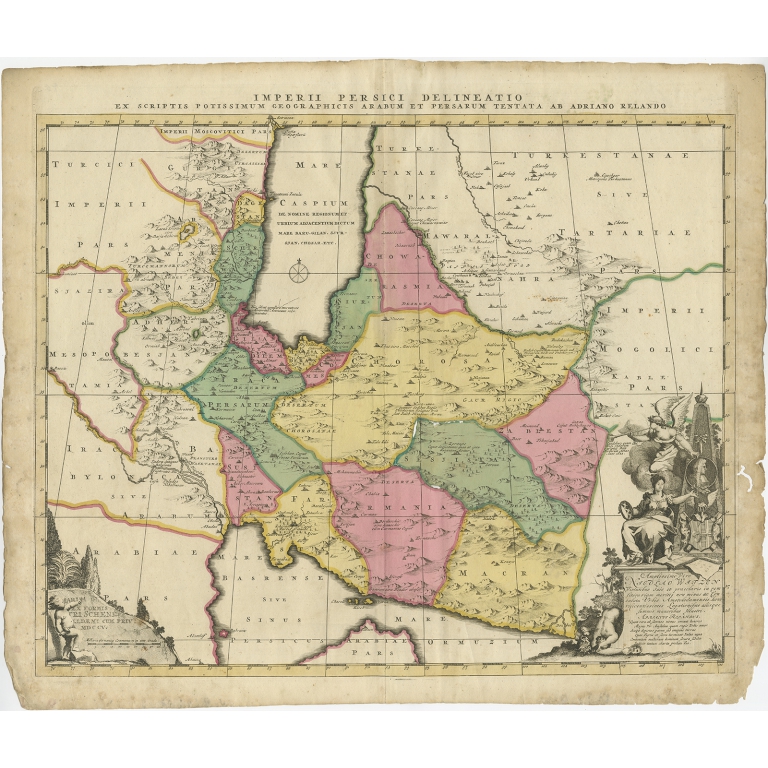 Description: Antique map titled 'Imperii Persici Delineatio'. Old map of the Persian Empire, based upon the writings of the Dutch Orientalist Adriaan Reland. Although Adriaan Reland never actually traveled to Persia, he was an important Dutch Orientalist who compiled a monumental work documenting previous geographies. The cartouche at bottom right is presented in the monument style with a portrait of Reland and the female personifications of Asia and Fame. Also includes a dedicatory cartouche to Nicolas Witsen.

Artists and Engravers: Peter Schenk the Elder (1660-1711) moved to Amsterdam in 1675 and began to learn the art of mezzotint. In 1694 he bought some of the copperplate stock of the mapmaker Johannes Janssonius, which allowed him to specialize in the engraving and printing of maps and prints. He split his time between his Amsterdam shop and Leipzig and also sold a considerable volume of materials to London.