Antique Map of the Middle East by Mortier (1700) 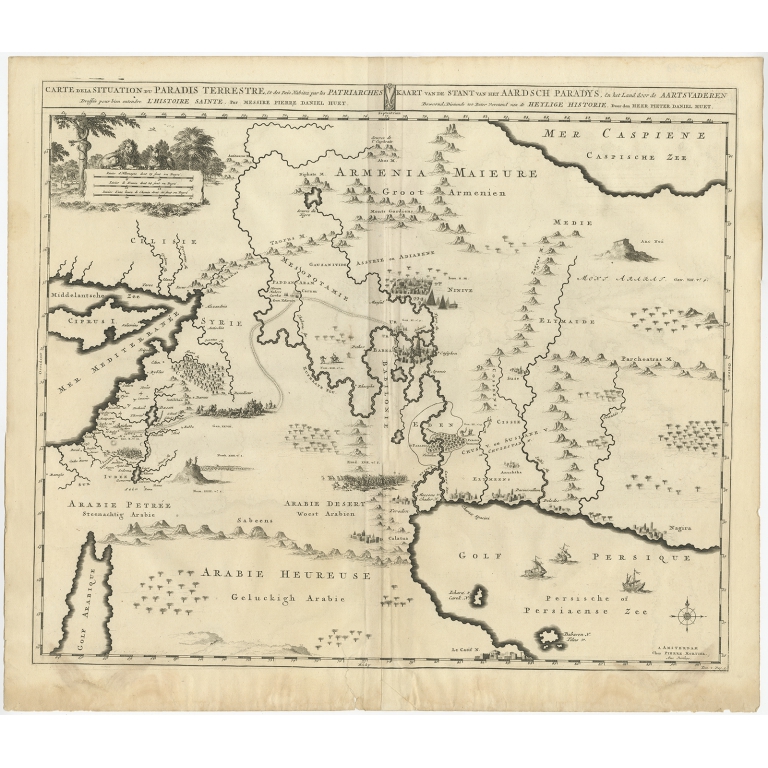