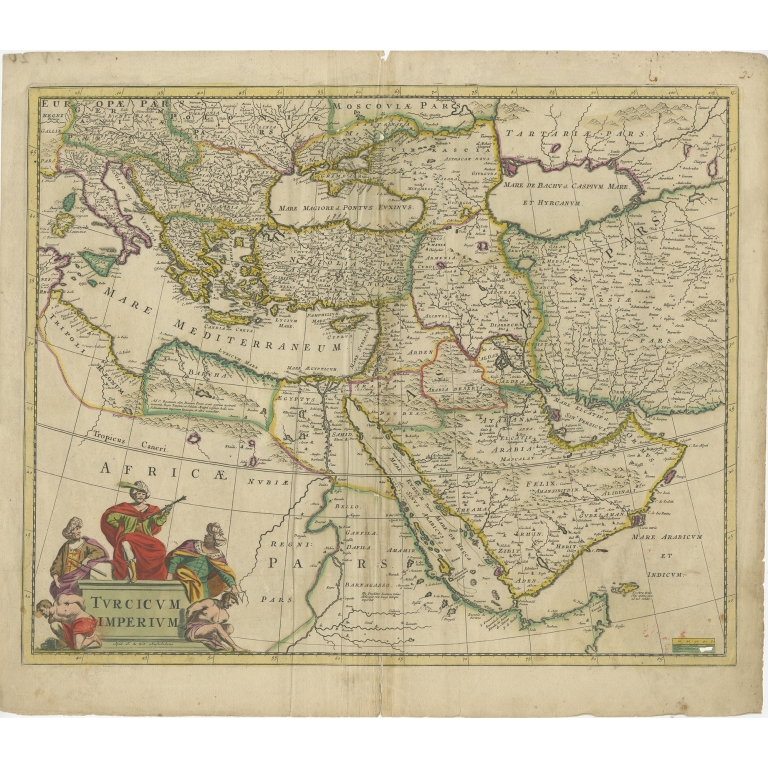 Description: Antique map titled 'Turcicum Imperium'. Original antique map of the Turkish Empire bounded by the Eastern Mediterranean, Greece, and Italy in the West and Saudi Arabia, the Persian Gulf and Caspian Sea in the east and centered on Turkey and Cyprus. Second state, with 'F. de Wit' in title cartouche.

Artists and Engravers: Frederik De Wit (1630-1706) was an Amsterdam publisher who became the leading Dutch map producer following the decline of the Blaeu firm in 1672. He was noted for his visually attractive style and grand projects, such as monumental wall maps.