Antique Map of Buckinghamshire by Overton (1743) 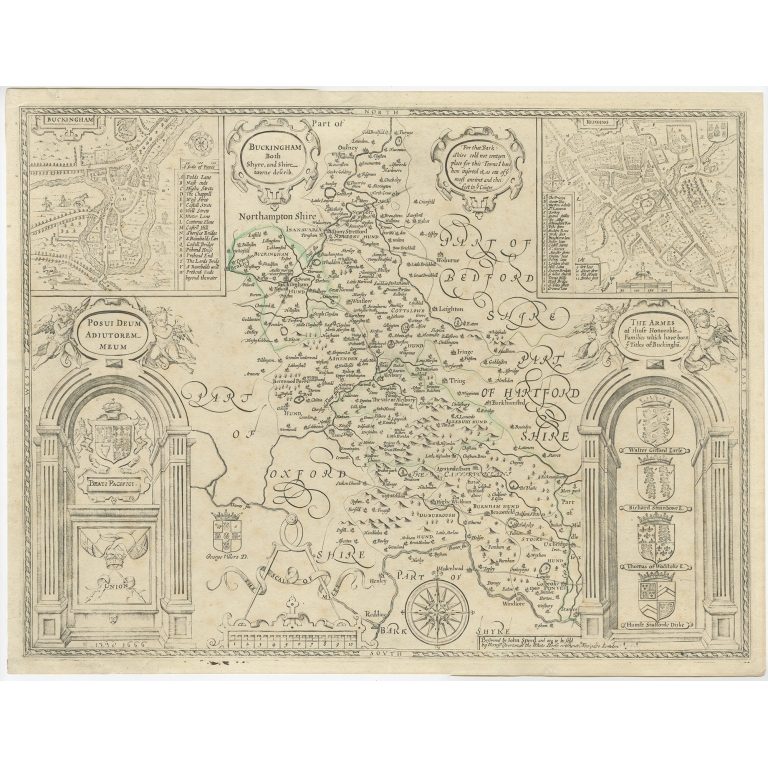 Description: Antique map titled 'Buckingham both shyre and shire towne describ'. Map of Buckinghamshire, England. With town plans of Buckingham and Redding. This map originates from Overton's atlas 'England Fully Described in a Compleat Sett of Mapps of ye County's of England & Wales'.

Artists and Engravers: John Overton (1640-1713) and his son, Henry, produced a number of atlases and maps from 1665 to c.1755. They never possessed a complete set of county map plates and made up their atlases in the early Dutch tradition by using the prints of other publishers, notably the maps of Blaeu and Jansson. Only when these were not available did they arrange for a plate of their own to be produced.