Antique Map of the region of Zutphen by Pitt (1683) 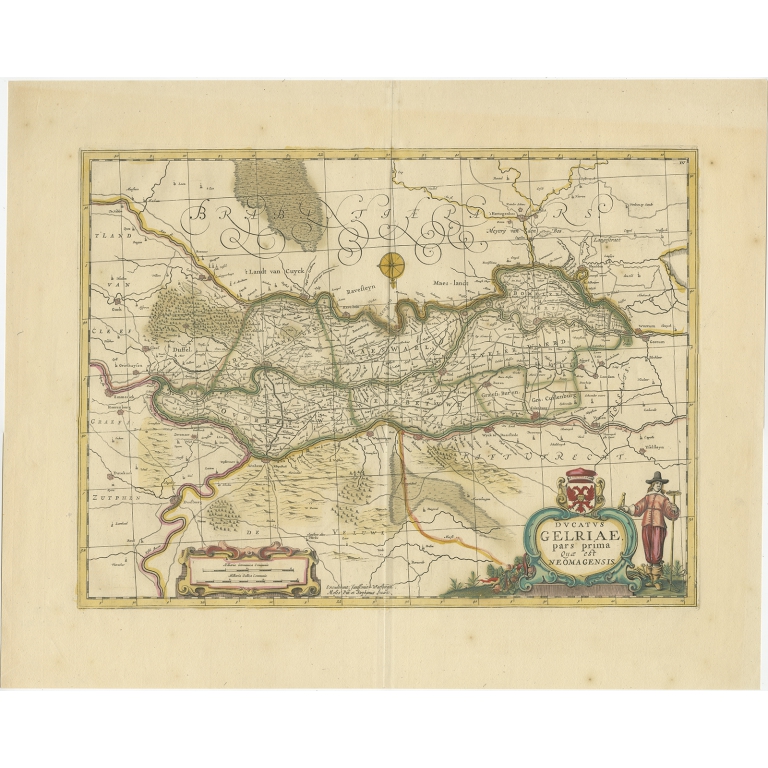 Artists and Engravers: Moses Pitt intended his atlas to rival that of Blaeu and eleven volumes were planned. Blaeu had suffered a disastrous fire in 1672 and nearly all his stock had been consumed. Pitt entered into an agreement with the Heirs of Janssonius, and his publisher and agent in Amsterdam, Stephen Swart. But the publication was anything but a financial success and after the issue of these four volumes, publication ceased and within two years Pitt was ruined. He was later imprisoned in the Fleet prison for debt.