> Antique Maps>Europe>South Europe>Antique Map of the Mediterranean by Roux (c.1770)

Antique Map of the Mediterranean by Roux (c.1770) 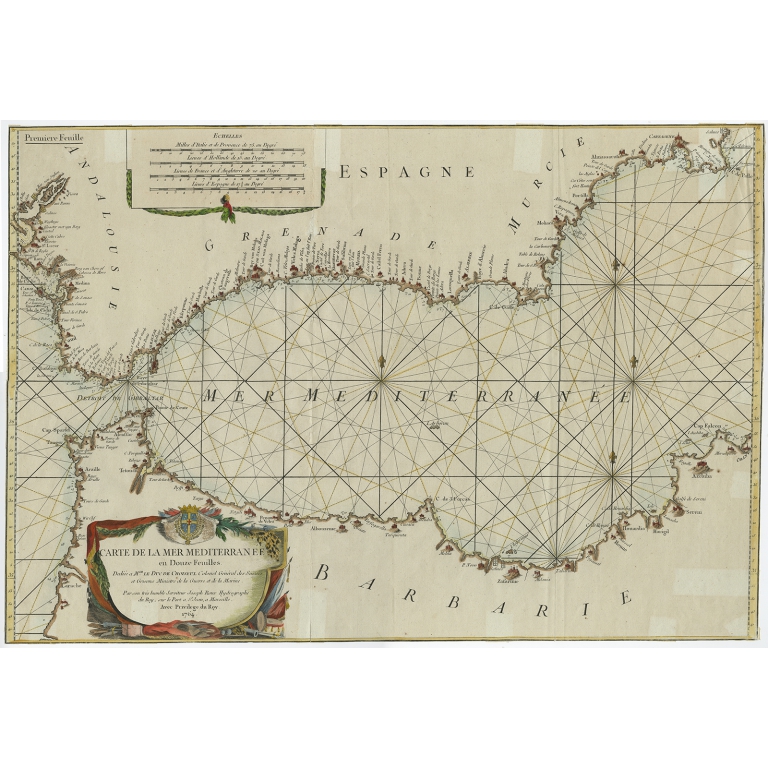 Description: Antique map titled 'Carte de la Mer Mediterranee en Douze Feuilles'. First map out of twelve fine engraved double-page and folding maps that join to create a large wall map of the Mediterranean. The detailed charts show depths, ports, fortifications and towns of the entire Mediterranean coast: for Cadiz and the Strait of Gibraltar to Oran and Tunis; Algeria and the Balearic Islands; Languedoc to Corsica and Elba; Tyrrhenian Sea; Minorca, Sardinia and Tunisia; Sicily, Malta and Libya; Adriatic Sea; Libya; Crete, Libya and Egypt; south of Turkey, Cyprus, Palestine and Egypt; south of the Egadi Islands and Crete; and north of the Egadi Islands and the Dardanelles.

Artists and Engravers: Joseph Roux owned a chart-publishing and selling business in Marseilles during the middle and latter part of the eighteenth century. A copy of this atlas was used aboard Nelson's flagship, HMS Victory, in 1802 and 1803 - a fact which shows that the Royal Navy was relying on British and foreign privately printed charts even after Alexander Dalrymple had established the Admiralty Hydrographic Office in 1795.