> Antique Maps>Europe>South Europe>Antique Map of the Region of Athens by Meyer (c.1893) 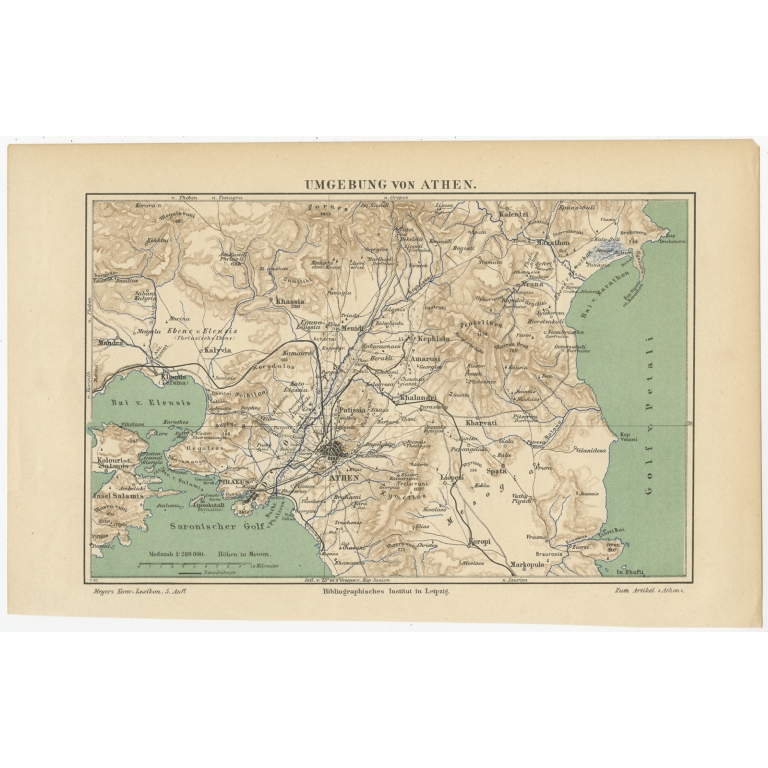 Artists and Engravers: Meyers Konversations-Lexikon or Meyers Lexikon was a major encyclopedia in the German language that existed in various editions, and by several titles, from 1839 to 1984, when it merged with the Brockhaus Enzyklopädie.