Antique Map of Spain and Portugal by Mitchell (1846) 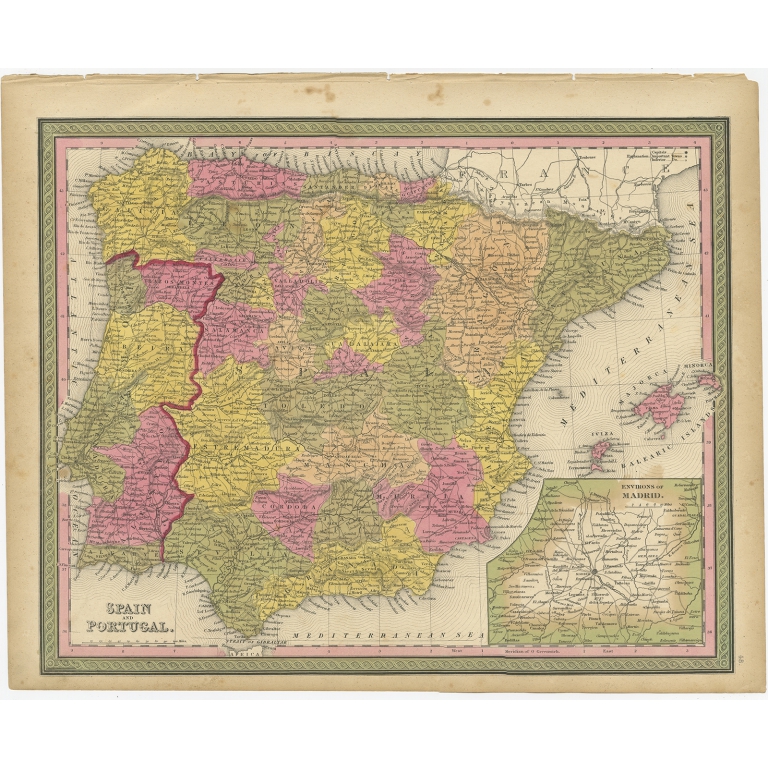 Description: Antique map titled 'Kingdom of Spain and Portugal'. Old map of Spain and Portugal, with an inset map of the region of Madrid. This map originates from 'A New Universal Atlas Containing Maps of the various Empires, Kingdoms, States and Republics Of The World (..) by S.A. Mitchell.