Antique Map of the Kingdom of Naples by Mitchell (1846) 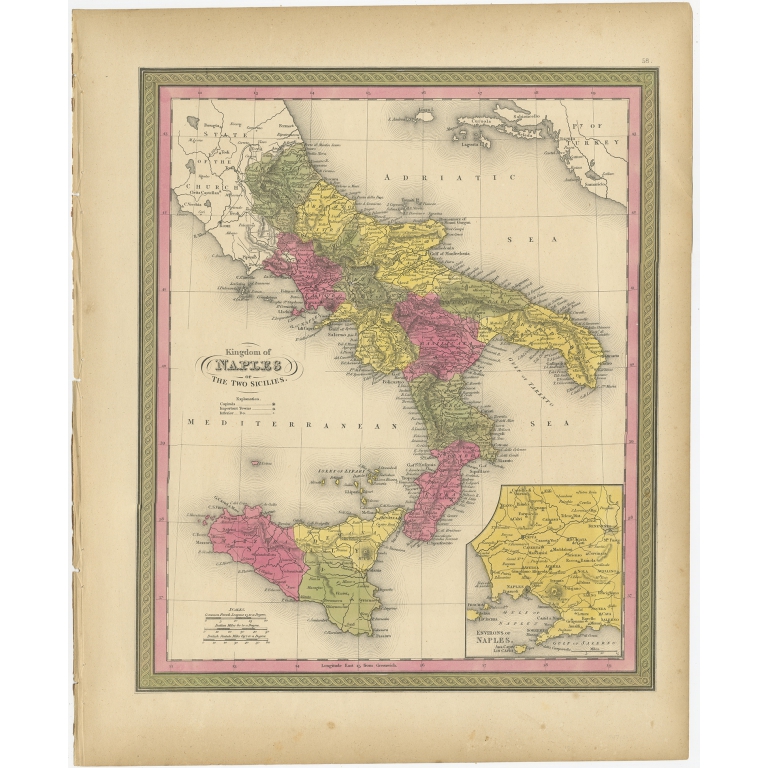 Description: Antique map titled 'Kingdom of Naples or the two Sicilies'. Old map of the Kingdom of Naples, officially known as the Kingdom of Sicily. This map originates from 'A New Universal Atlas Containing Maps of the various Empires, Kingdoms, States and Republics Of The World (..) by S.A. Mitchell.