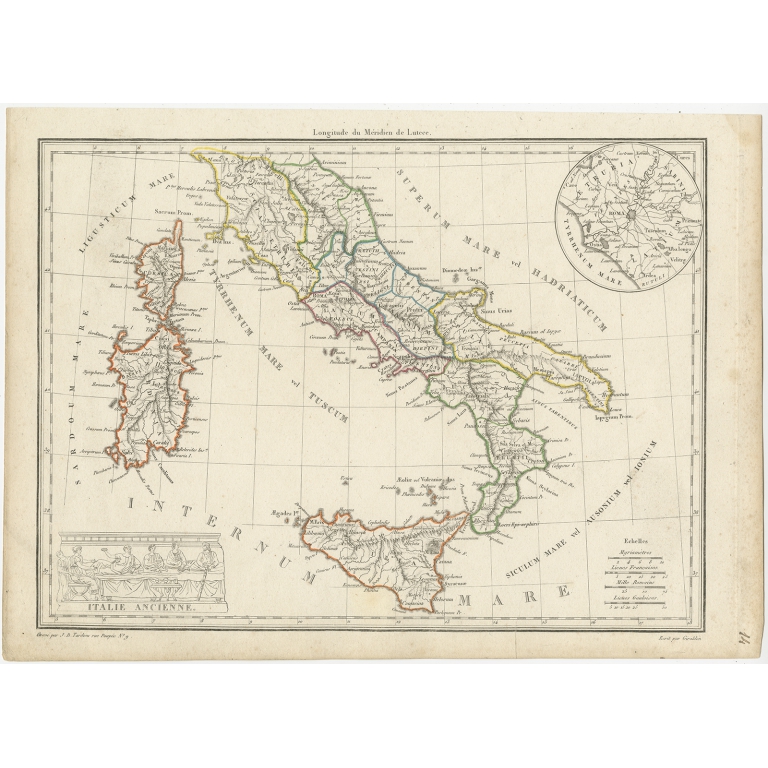 Artists and Engravers: Pierre M. Lapie was a French cartographer and engraver. He was the father of cartographer Alexandre Emile Lapie. Lapie was a Colonel in the French army, where he worked in the corps of topographical engineers. Lapie worked closely with his son and published works together and individually. The work of Lapie and his son was influential on German commercial map makers in the 19th century.