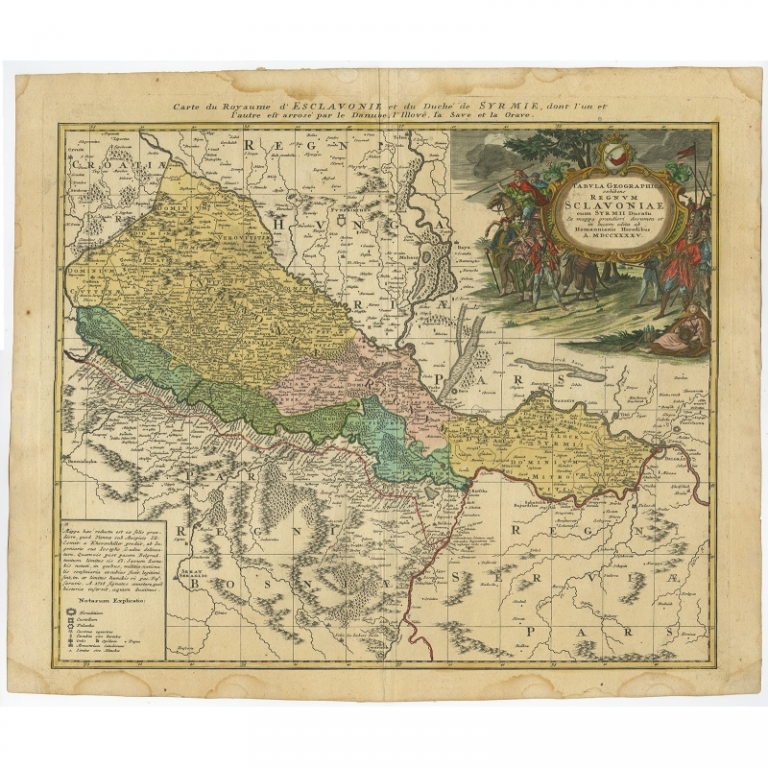 Description: Antique map titled 'Tabula Geographica exhibens Regnum Sclavoniae.' Detailed map of Slavonia, the region in eastern Croatia. Map is dated shortly after the Peace of Belgrade signed in 1739 between the Holy Roman Emperor and the Turks. Key and explaination and elaborate cartouche showing figures with regional costume. Many villages and towns are named, excellent detail of rivers, marshes, woods, lakes, etc. Source unknown, to be determined.