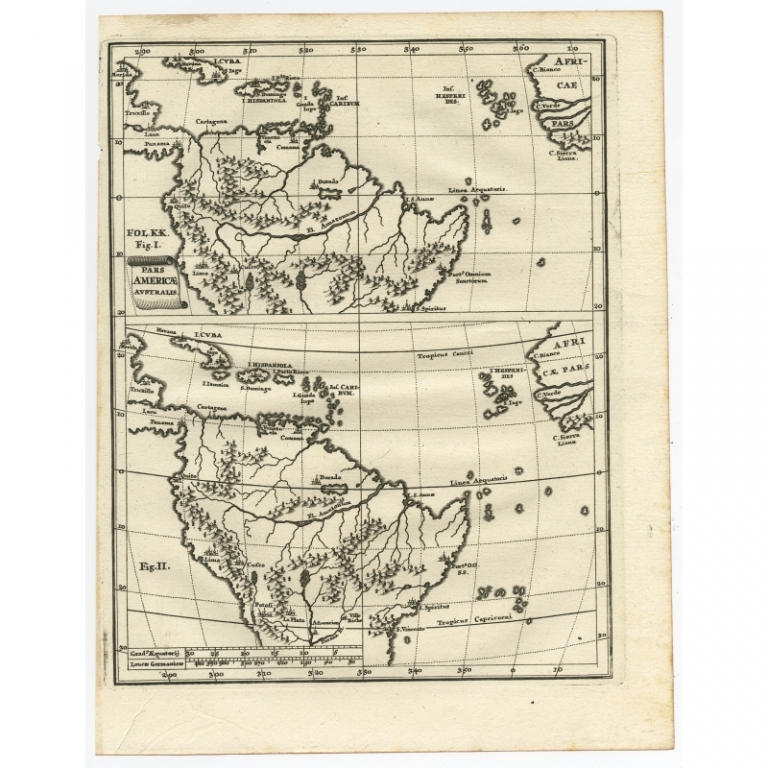 Description: Antique map of part of South America. Two maps on a single sheet, each depicting nearly the same area. On close examination there are slight differences in the rivers, lakes and mountain ranges. Major cities are located including the mythical Dorado. Source unknown, to be determined.