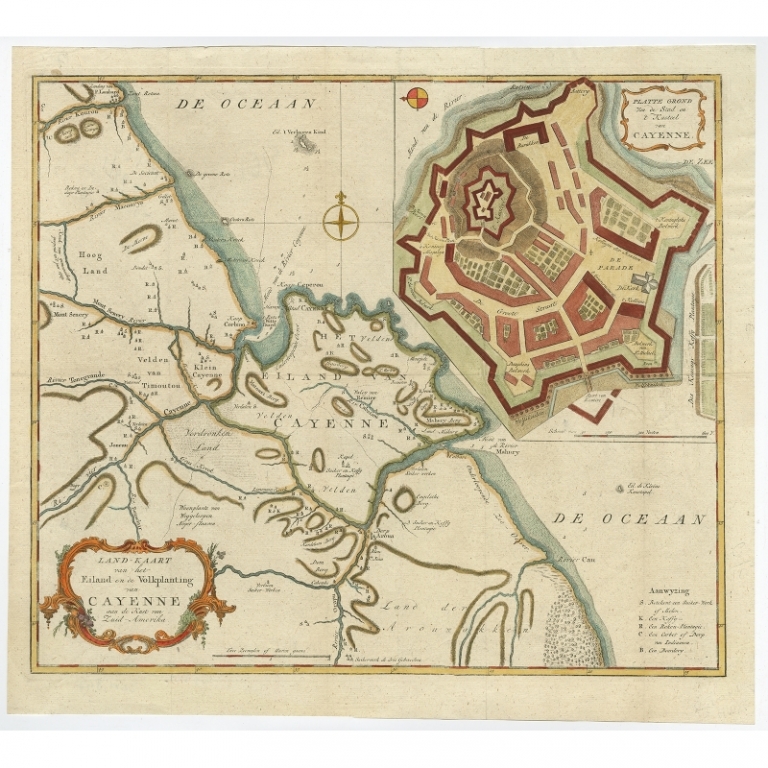 Description: Antique map titled 'Land-kaart van het Eiland en de Volkplanting van Cayenne aan de Kust van Zuid-Amerika'. Striking map of the island and settlement of Cayenne in French Guyana, with an inset picturing a plan of the town and fort of Cayenne. It covers from River Kourou south as far as River Kaw (Cau) and River Orapu. A large inset in the upper right quadrant features the fortifications of Cayenne, including Fort Ceperou. Throughout, the map notes rivers, important towns, landmarks coastal features and beautifully rendered topography. Embellished with a nicw title-cartouche. Source unknown, to be determined.