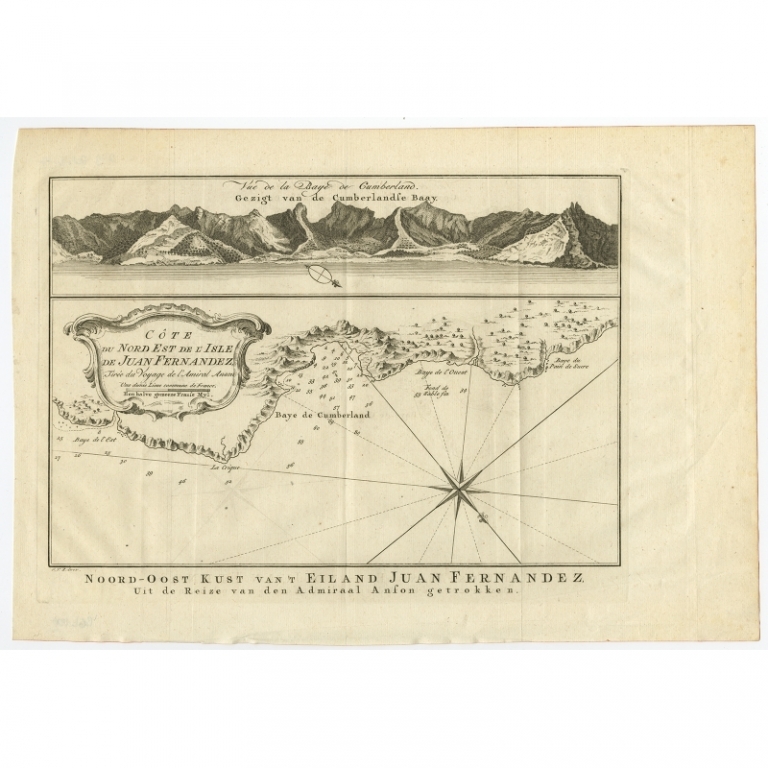 Description: Antique map titled 'Cote du Nord Est de l'Isle de Juan Fernandez (..).' Map of the Chilean South Pacific archipelago of the Juan Fernandez Islands. This island was made famous by Daniel Defoe's novel Robinson Crusoe as the island on which he was marooned. This map refers to Admiral George Anson's voyage there in 1740-44 when the island provided sustenance for his men after their arduous journey around the tip of South America. This map is topped by a view of the Cumberland Bay with its own compass rose. Decorative cartouche and compass rose. This map originates from 'Histoire générale des voyages' by Antoine-François Prévost.

Artists and Engravers: Engraved by J. van Schley. Jakob van der Schley (Amsterdam, 1715-1779) was a Dutch draughtsman and engraver, who studied under Bernard Picart, and whose style he subsequently copied.