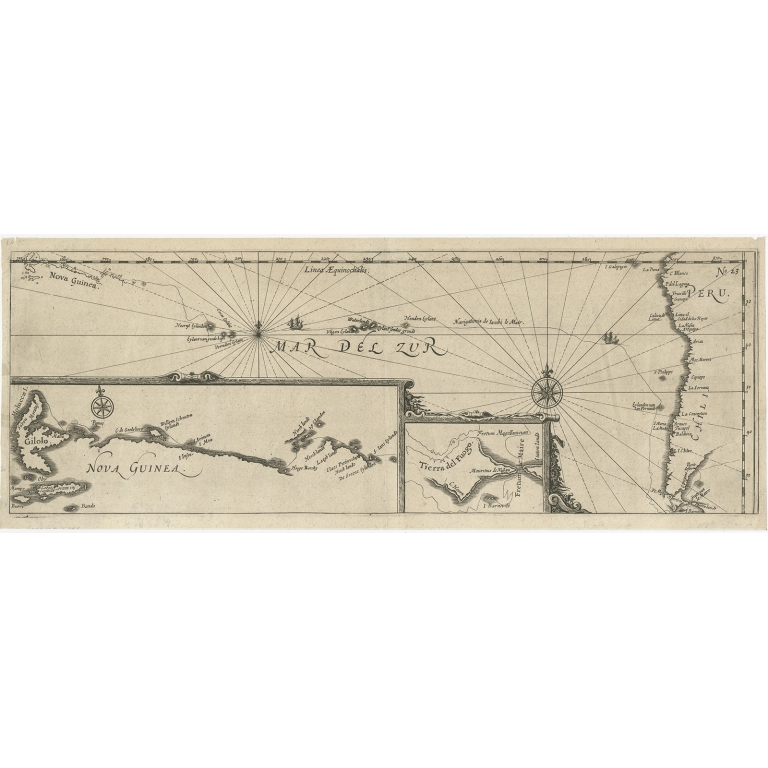 Description: Uncommon and rare map of Mar del Sur and the coast of Peru. With inset maps of part of New Guinea and Tierra del Fuego. This map originates from 'Miroir Oost & West-Indical, auquel sont descriptes les deux dernieres navigations (..)' published by J. Janssonius. It is one of the most famous early voyages around the world by Joris van Spilbergen (1568-1620), a veteran Dutch East Indies naval officer-turned-pirate, undertaken from 1614 to 1618. A short survey of another of the most important early voyages around the world, by Schouten and Le Maire in the years 1615 to 1617, is added at the end.  It reports Le Maire's proof that Tierra del Fuego is an island and his discovery of what is still called the Strait of Le Maire, an alternative route to the Pacific

Artists and Engravers: Jan Janssonius (also known as Johann or Jan Jansson or Janszoon) (1588-1664) was a renowned geographer and publisher of the seventeenth century, when the Dutch dominated map publishing in Europe.