Antique Map of Denmark by Johnston (1882) 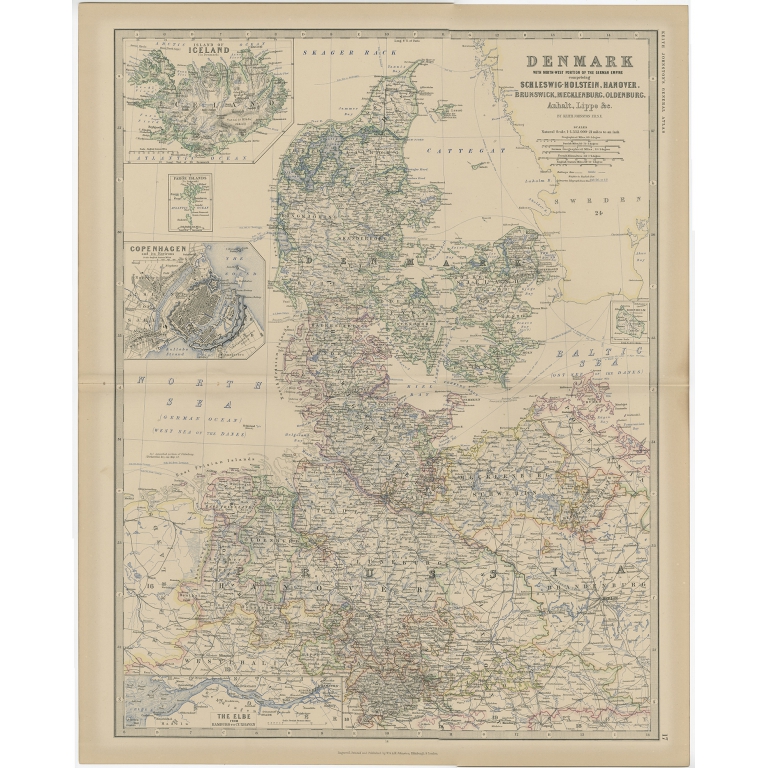 Description: Antique map titled 'Denmark with North-West portion of the German Empire comprising Schleswic-Holstein, Hanover, Brunswick, Meckleburg, Oldenburg, Anhalt, Lippe & c'. Old map of Denmark with inset maps of Iceland, Copenhagen and the Elbe river. This map originates from 'The Royal Atlas of Modern Geography, Exhibiting, in a Series of Entirely Original and Authentic Maps, the Present Condition of Geographical Discovery and Research in the Several Countries, Empires, and States of the World' by A.K. Johnston. Published by W. and A.K. Johnston, 1882.