Antique Map of the Kingdom of Sweden by Güssefeld (1793) 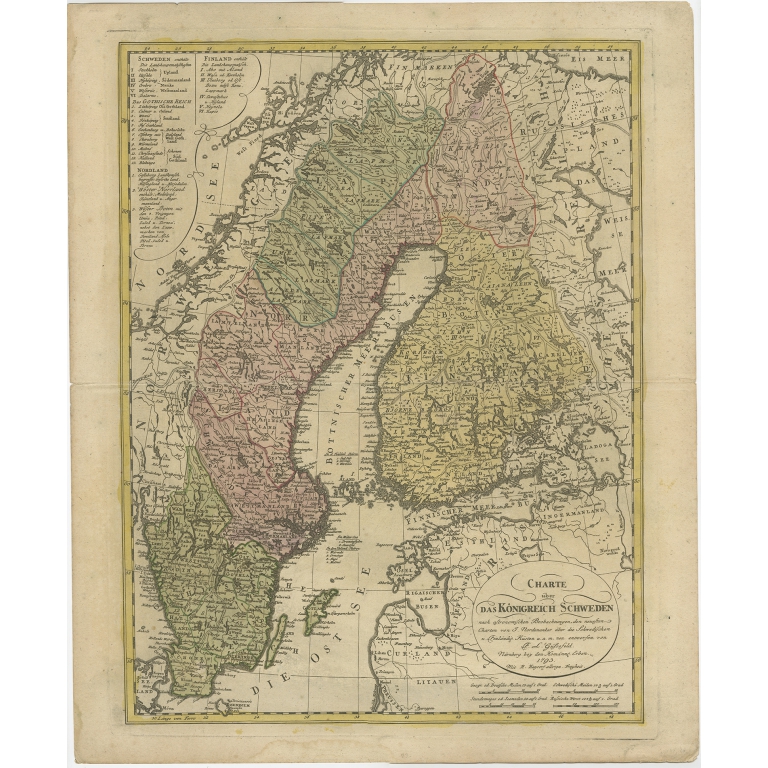 Artists and Engravers: Franz Ludwig Güssefeld (6 December 1744 – 17 June 1807) was a German cartographer. He is noted for his highly accurate maps which were mostly published by Homannsche Erben ("Homann Heirs") in Nuremberg.