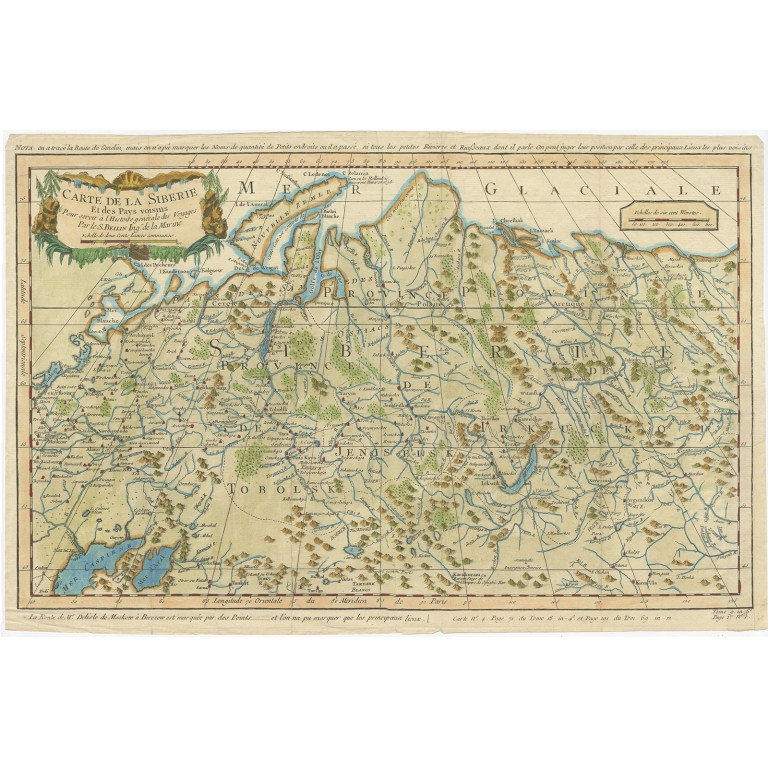 Description: Antique map titled 'Carte de la Siberie'. Detailed map of Siberia, extending from the White Sea and the Caspian Sea in the west to Irkuckoi Province, Jakutky on the Lena River and regions just to the east. Centered on the Jenisi River. Originates from Prévost's 'Histoire Générale des Voyages'.