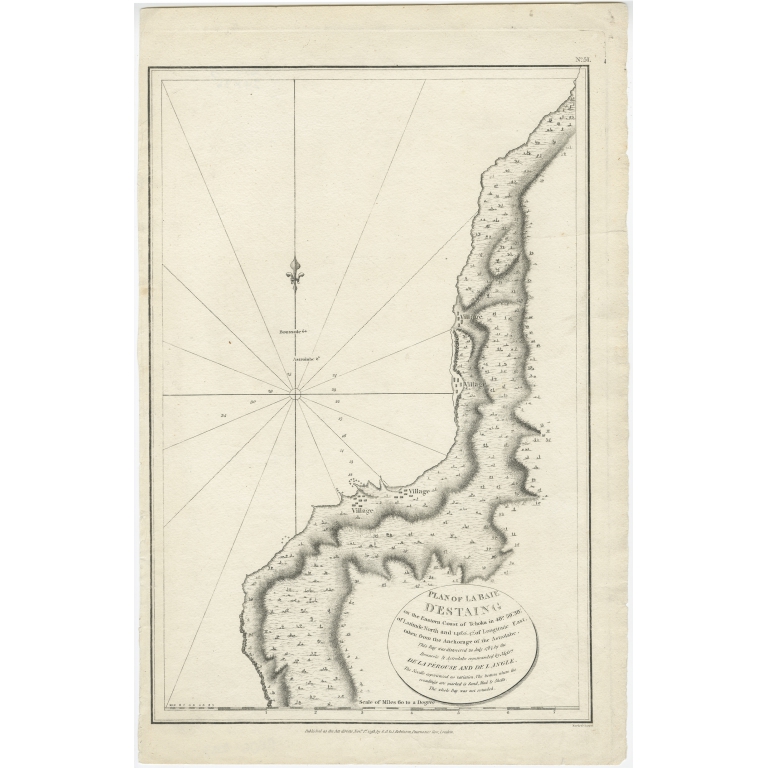 Description: Antique map titled 'Plan of La Baie d'Estaing'. This map shows the bay of D'Estaing located on the Russian island of Sakhalin. La Perouse was selected by King Louis XVI to complete Captain James Cook's exploration of the western Pacific. Jean-Francois de Galaup & Comte de La Perouse commanded a French scientific expedition which set sail from France in 1785. The Boussole & Astrolabe with all aboard was shipwrecked in 1788 but the narrative, maps, and views survived and were published in 1797. La Perouse explored the coasts of the Gulf of Alaska and northwestern North America in search of the fabled Northwest Passage. After leaving America his expedition continued across the Pacific to Asia.