> Antique Maps>Asia>North Asia>Antique Map of the Russian Empire in Asia by Bowles (c.1780)

Antique Map of the Russian Empire in Asia by Bowles (c.1780) 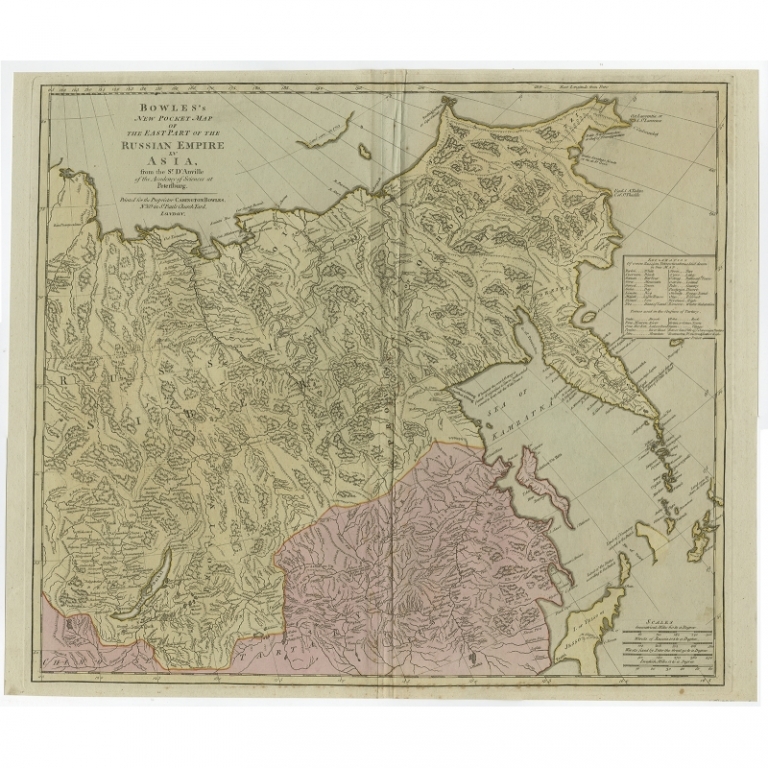 Artists and Engravers: Made by 'Thomas & Carington Bowles' after 'D'Anville'. Thomas Bowles, born around 1712, was map publisher and seller in London. The business was continued by John and Carrington Bowles and finally under the name Bowles and Carver until early 19th century. Thomas died in 1767.