Antique Map of Siberia and Russia by Migeon (c.1885) 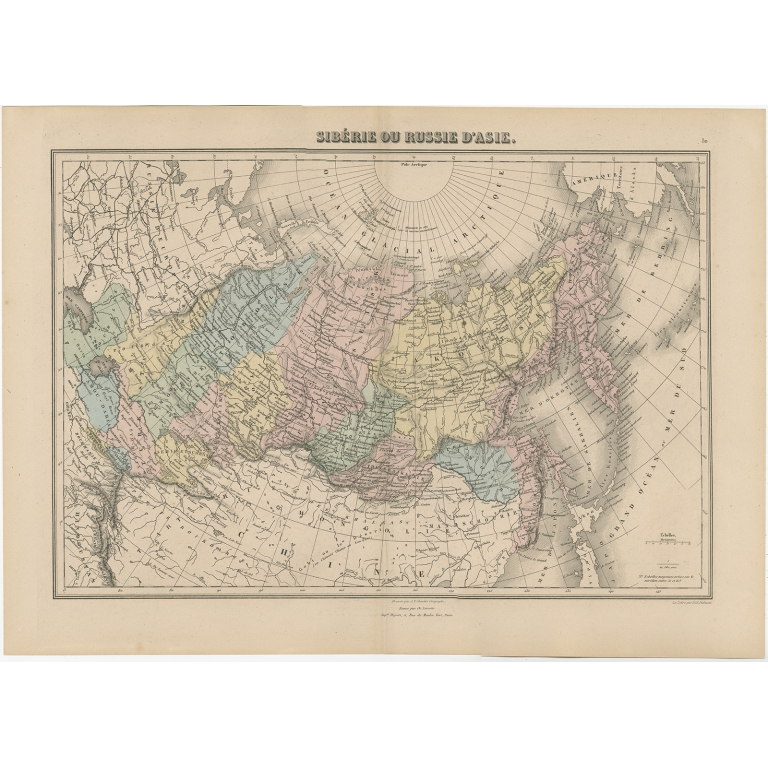 Description: Antique map titled 'Siberie ou Russie d‘Asie'. This is a fine example of J. Migeon's map of Russia in Asia. Migeon's map covers the Russian empire in Asia from european Russia and the Ural Mountains to the Bering Strait and from the Arctic Circle south as far as the Chinese empire. Parts of neighboring China including Japan and Korea, Hindustan, and european Russia are also detailed. The disputed sea between Japan and Korea is here identified as the 'Sea of Japan.' Migeon identifies various railway lines, rivers, mountain passes, lakes and other topographical features.

Artists and Engravers: J. Migeon (fl. c. 1855 - 1899) was a late 19th century map publisher based in Paris, France. His most prominent publications are the Geographie Universal in 1854 (updated through 1874) and the Nouvel Atlas Illustré de Géographie Universelle in 1891. Little is known of Migeon's life and even his first name is uncertain.