Antique Map of Texas and Indian Territory by Gray (1875) 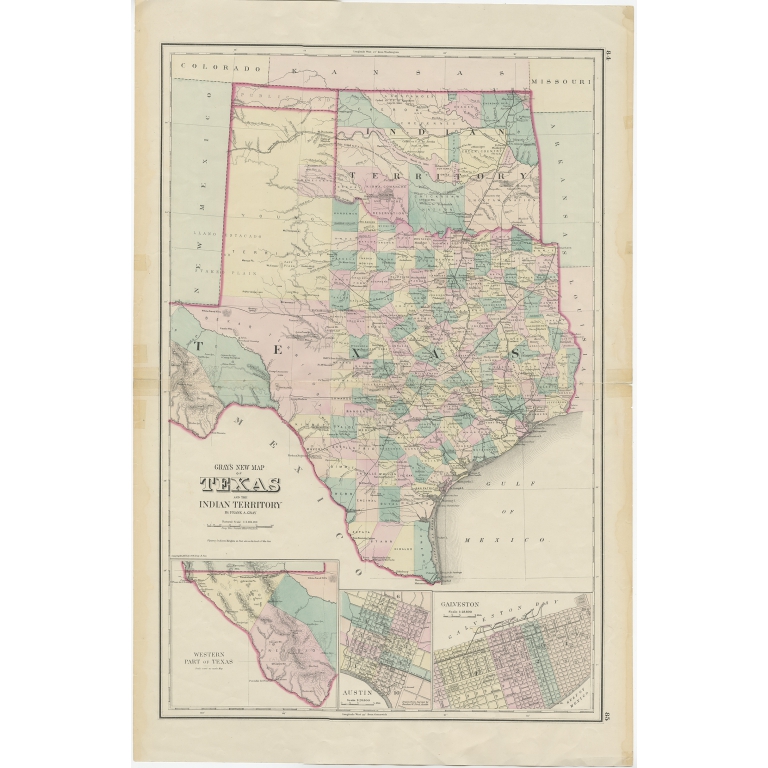 Artists and Engravers: O. W. Gray was a publishing firm based in Philadelphia. Later, they published as O. W. Gray & Son. They published atlases in the late nineteenth century. Gray's 'National Atlas' was one of the most successful commercial ventures of the 1870s and one of the last to employ hand coloring on maps.