Antique Map of the Coast of New England by Jefferys (1746) 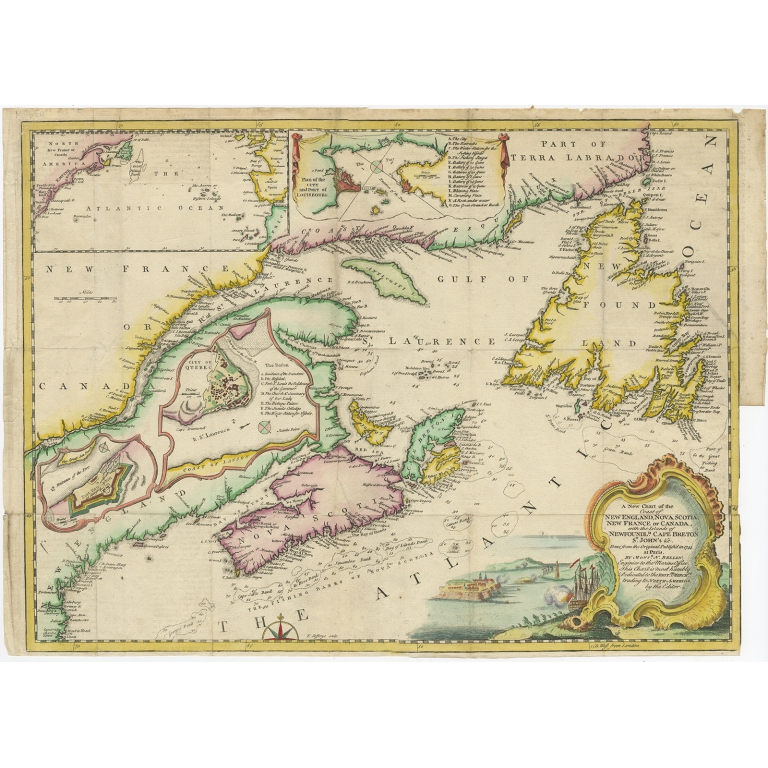 Description: Antique map titled 'A New Chart of the Coast of New England, Nova Scotia, New France or Canada, with the islands of Newfoundland, Capte Breton, St John's (..)'. Map stretching from Boston north to Labrador. The fishing banks off Nova Scotia and Newfoundland are marked, with soundings. Insets of the Atlantic Ocean, Quebec City, Fort Dauphin and a plan of Louisbourg add to the map’s appearance. Jefferys dedicated this map to the British merchants trading to North America. Originates from the 'Gentleman's Magazine', 1746.

Artists and Engravers: Engraved by T. Jefferys after J.N. Bellin. T. Jefferys was an English cartographer who was the leading map supplier of his day. He engraved and printed maps for government and other official bodies and produced a wide range of commercial maps and atlases, especially of North America.