Antique Map of the Northeastern United States by Bonne (c.1780) 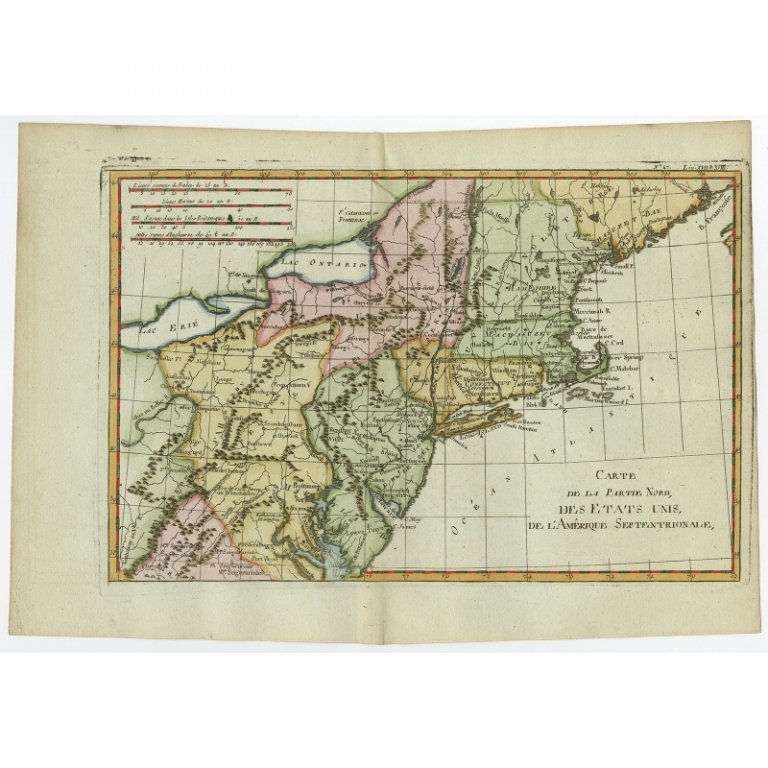