Antique Map of Okinawa by Ackerman (1857) 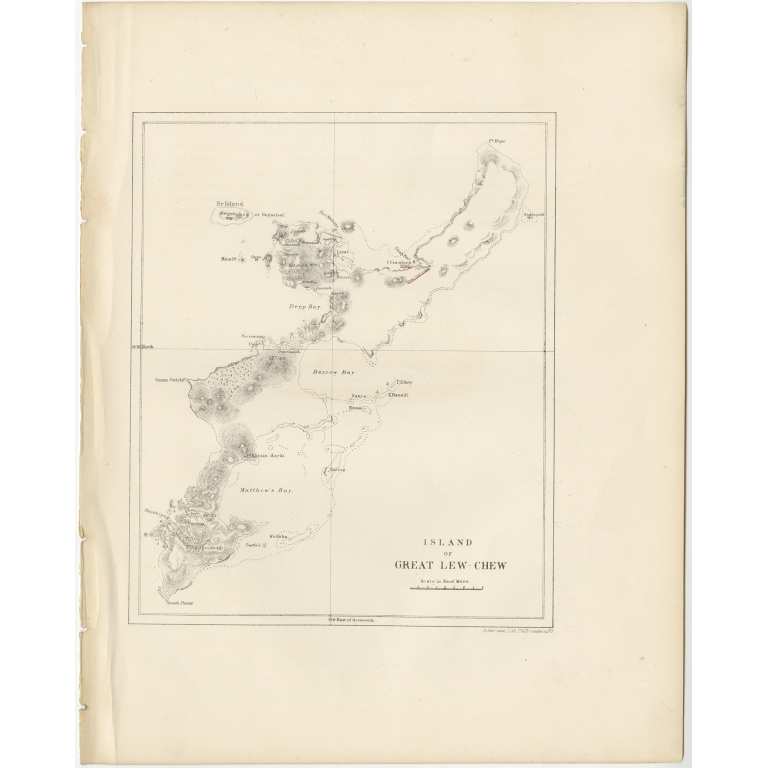 Description: Antique map titled ‘Island of Great Lew-Chew'. Old map of the Lew Chew Islands (sometimes referred to as Loochoo, more commonly known as Ryukyu) is a series of islands in the Pacific Ocean off of the Asian coast. Today it is known as Okinawa, and is one of the island chains that constitute modern-day Japan. This map originates from 'Expedition of an American Squadron to the China Seas and Japan, under the Command of Commodore M.C. Perry, United States Navy'.

Artists and Engravers: Lithographed by Ackerman.