Antique Political Map of the Japanese Empire by Bartholomew (1922) 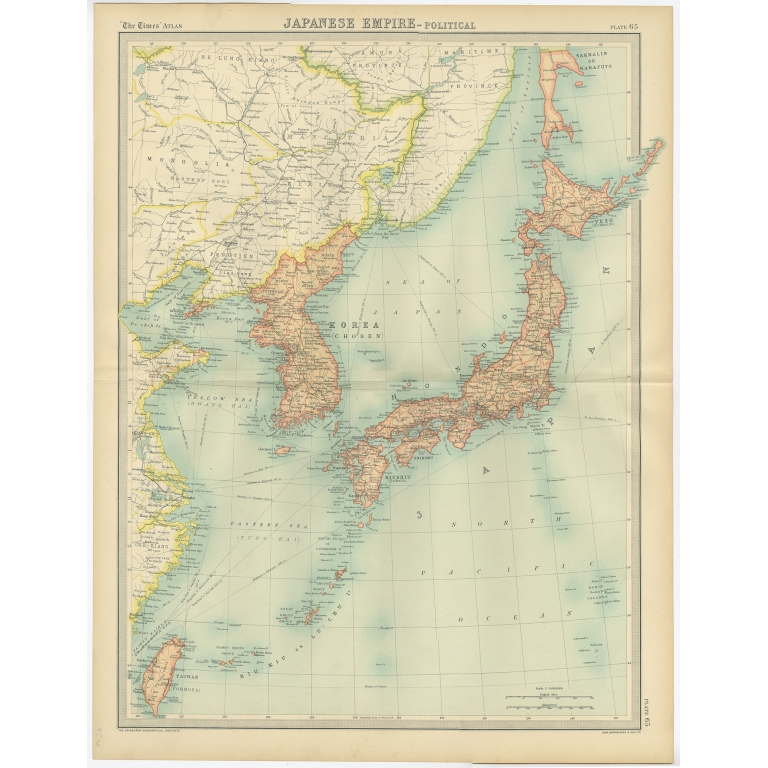