> Antique Maps>Asia>East Asia>Japan>Antique Map of the Empire of Japan by Bellin (c.1752) 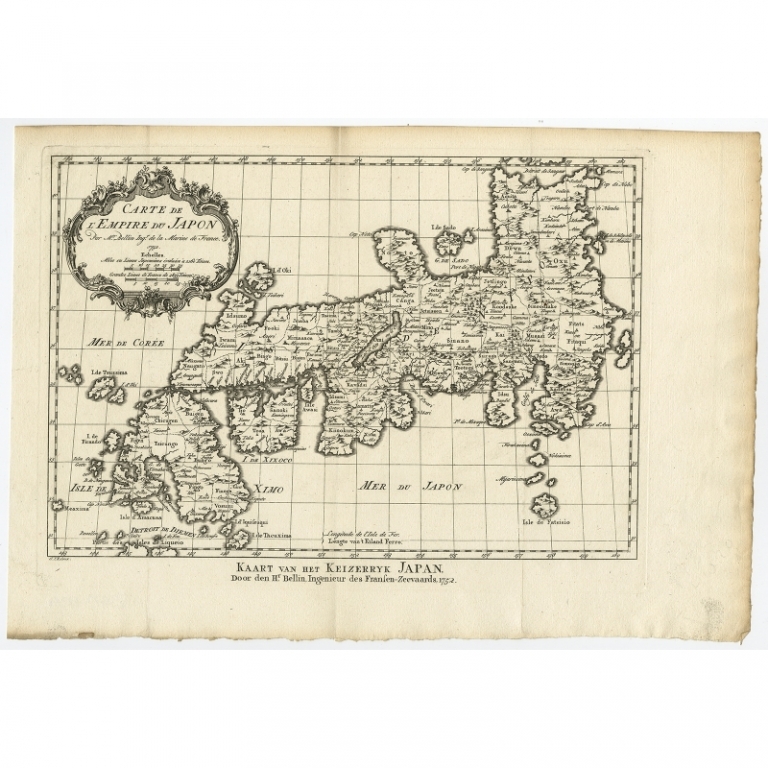 Description: Antique map titled 'Carte de L'Empire de Japon (..).' Map of the Empire of Japan. Centered on the Bay of Osaka, this map covers from Hirado (here identified as I. Firando) and Nagasaki to Akita (Aquita), to include most of Tokugawa (Edo) Era Japan. The island of Hokkaido is not included in this map. Various towns, harbors, bays, provinces, mountains and daimyo are noted, although many are speculative. Source unknown, to be determined.