Antique Map of the Kuril Islands by Bellin (c.1750) 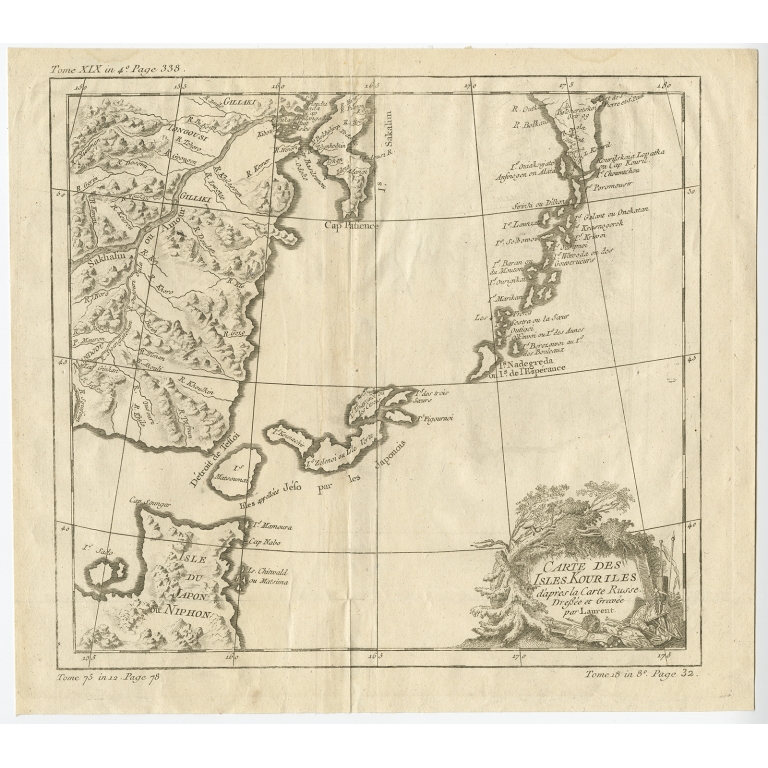