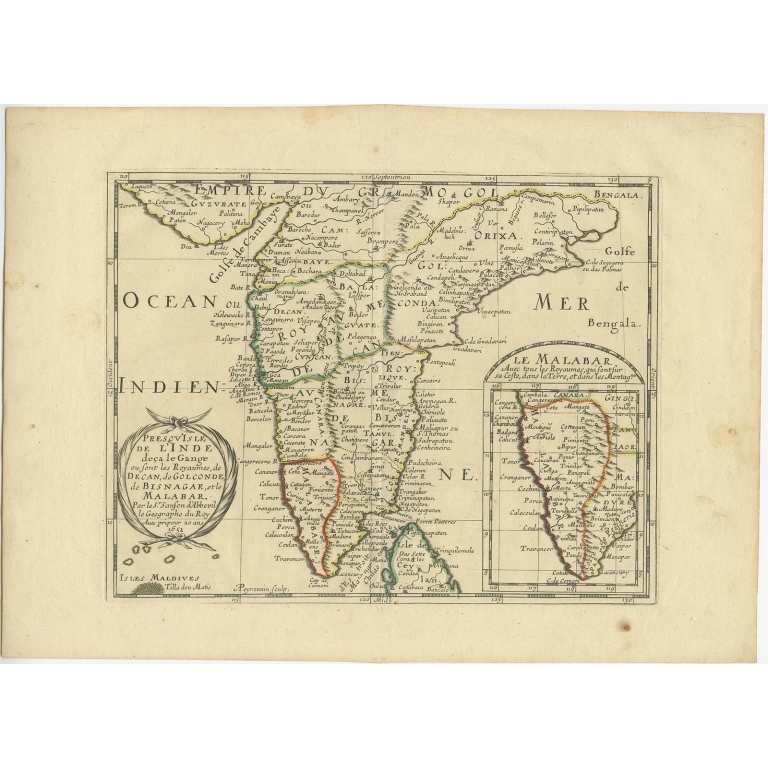 Description: Antique map titled 'Presqu'Isle de l'Inde deca le Gange (..)'. Old map showing the southern part of India, including the northern part of Sri Lanka. With inset map of Southern India (Malabar). This map covers the subcontinent from the Bay of Bengal and the Gulf of Cambay to Ceylon. The Mogul Empire can be found in the north. Further south the kingdoms of Deccan, Malabar, Bisnagar, and Golconda, among others, are noted. Also includes the Portuguese enclave of Goa on India's west coast. Originates from 'L'Asie en plusieurs cartes nouvelles, et exactes' by N. Sanson.

Artists and Engravers: Nicolas Sanson (1600 - 1667) and his descendants were the most influential French cartographers of the 17th century and laid the groundwork for the Golden Age of French Cartography.