Pl. 3 Antique Map of part of the Bombay Presidency by Walker (1831) 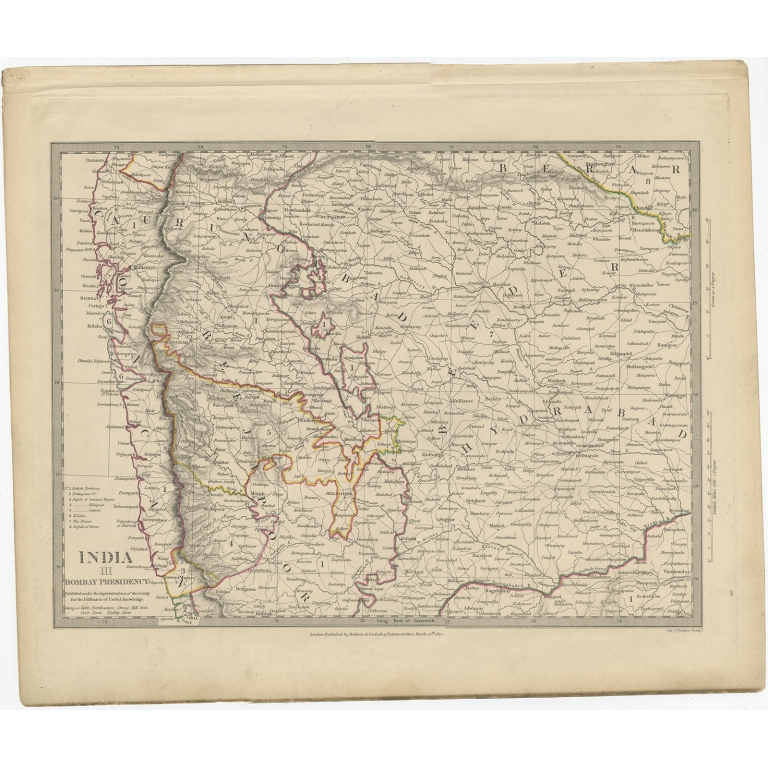 Artists and Engravers: Engraved by J. & C. Walker. Published under the superintendence of the Society for the Diffusion of Useful Knowledge. Published by Baldwin & Cradock.