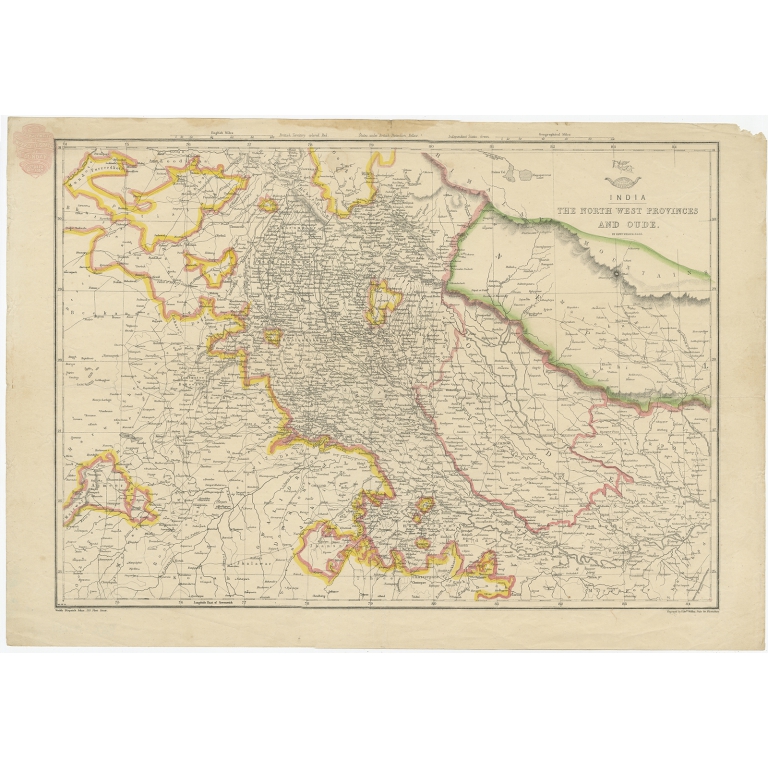 Description: Antique map titled 'India, The North West Provinces and Oude'.Detailed map of the northwestern part of India, extending to the Himalaya Mountains. Shows part of Nepal including Dharmsala. Originates from the 'Weekly Dispatch Atlas'.

Artists and Engravers: 'The Weekly Dispatch' newspaper between the years 1856 and 1862 included in each edition a map of a part of the world. During this period a total of 118 maps were issued. The maps bear the distinctive sign of a half globe with the figure of Mercury above. The engravers varied but included John Dower and Edward Weller.