Antique Chart of the Tapti River by Valentijn (1726) 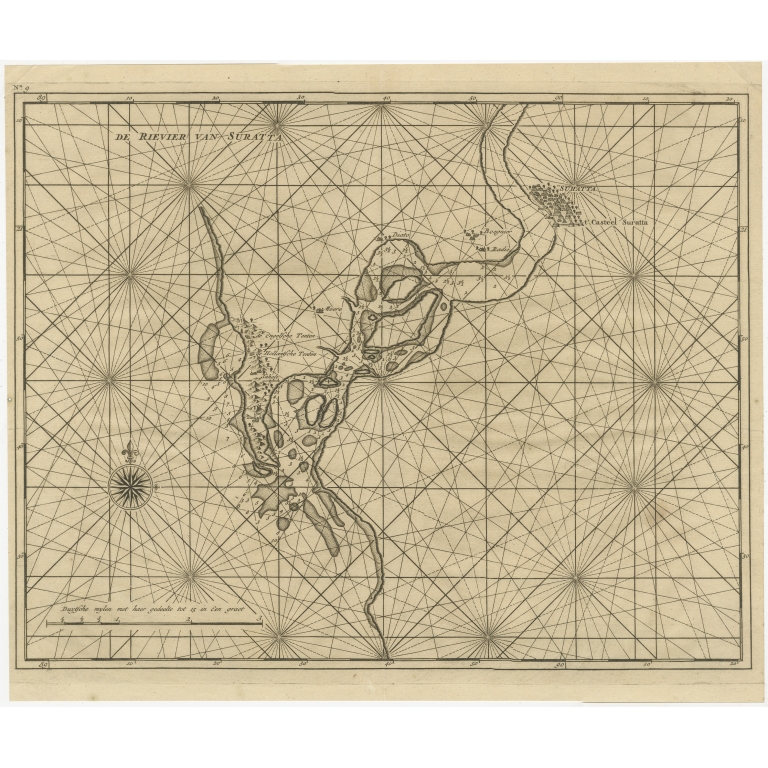 Description: Antique map titled 'De Rivier van Suratta'. This chart shows the Tapti or Tapi River in Central India and the Indian coast along the Arabian Sea, into which the river empties. The waterway was once known as the River of Surat, or here Rievier van Suratta, after the city that lies along it. One of the main rivers in India, the Tapti runs east to west, and the map features rhumb lines and soundings intended to aid the navigator.

Artists and Engravers: François Valentijn (1666-1727) was a Dutch minister and naturalist who worked as a missionary in the East Indies. He is best known for his "Oud en Nieuw Oost-Indiën," a monumental history and description of the East Indies and its surrounding lands that remains a significant primary source today. This map is a fascinating document of Dutch travels in the region.