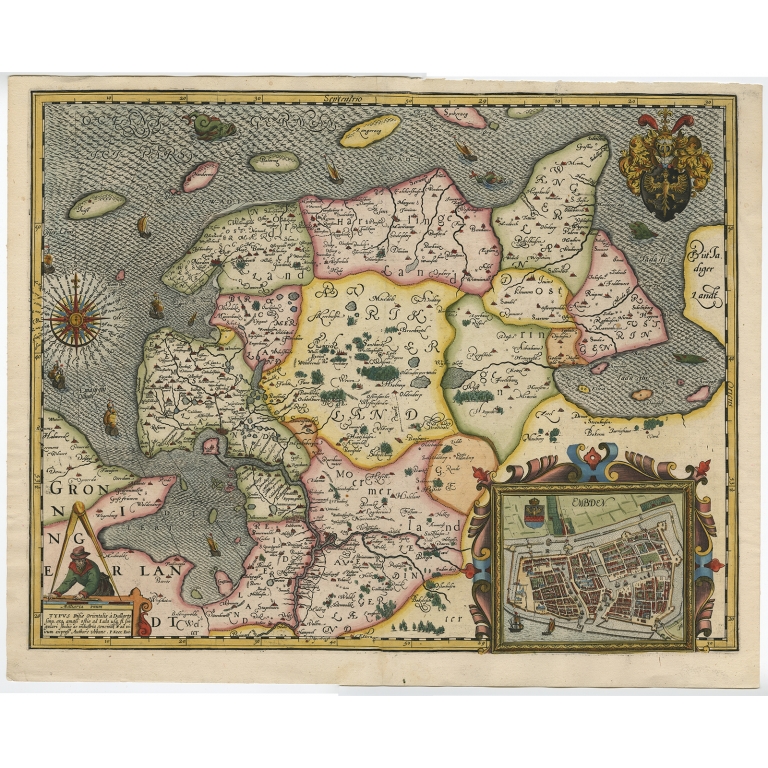 Description: Antique map titled 'Typus Frisie Orientalis a Dullarto (..)'. One of the most decorative maps of East Frisia and its important shipping center of Emden and the Watten Islands, from the cartography of Ubbo Emmius, a local cartographer and historian (1547-1625). An inset shows a plan of Emden. Source unknown, to be determined.

Artists and Engravers: Petrus Kaerius (also Pieter van den Keere, 1571-1646), was a Dutch engraver and publisher. Persecuted in his country because of his religious orientation he moved to London where he worked with John Speed. As brother-in-law to famous Jodocus Hondius (who had also fled to London) he became his ardent student learning from him the art of engraving and mapmaking. Kaerius published individual maps, but also atlases of the Netherlands and of Great Britain.