> Antique Maps>Europe>West Europe>Germany>Antique Plan of the Fortress of Greetsiel by Blaeu (c.1650)

Antique Plan of the Fortress of Greetsiel by Blaeu (c.1650) 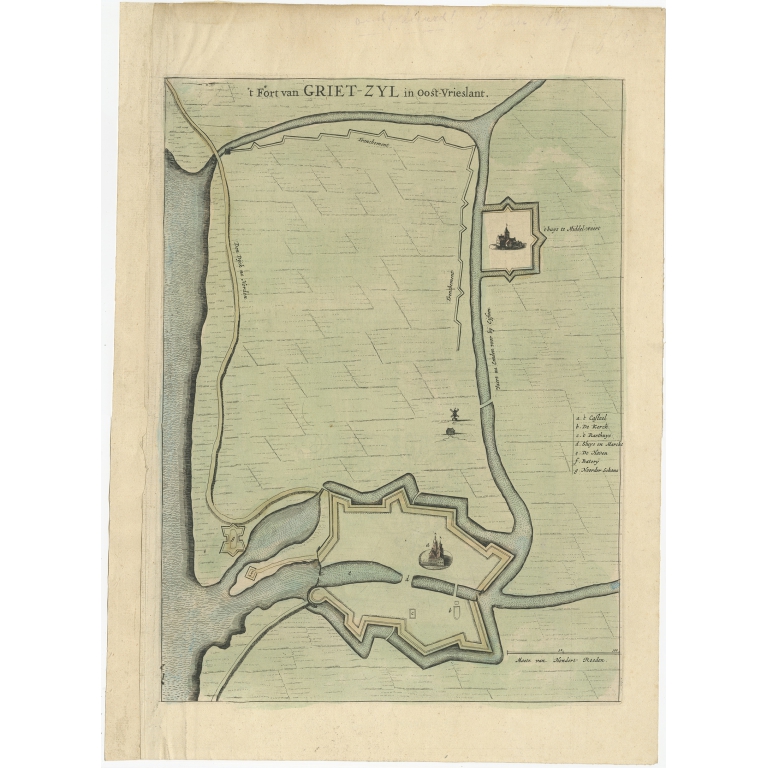 Artists and Engravers: Joan Blaeu was a Dutch cartographer born in Alkmaar, the son of cartographer Willem Blaeu. Born circa 1596 and circa 1610 respectively, Joan and Cornelis Blaeu took over their father’s business upon his death in 1638. In the same year Joan Blaeu also assumed his father’s position as the official cartographer to the V.O.C. The Blaeu brothers worked hard to maintain the firm’s position of prominence, but only five years later in 1642, Cornelius Blaeu died, leaving the publishing firm solely in the hands of Joan Blaeu.