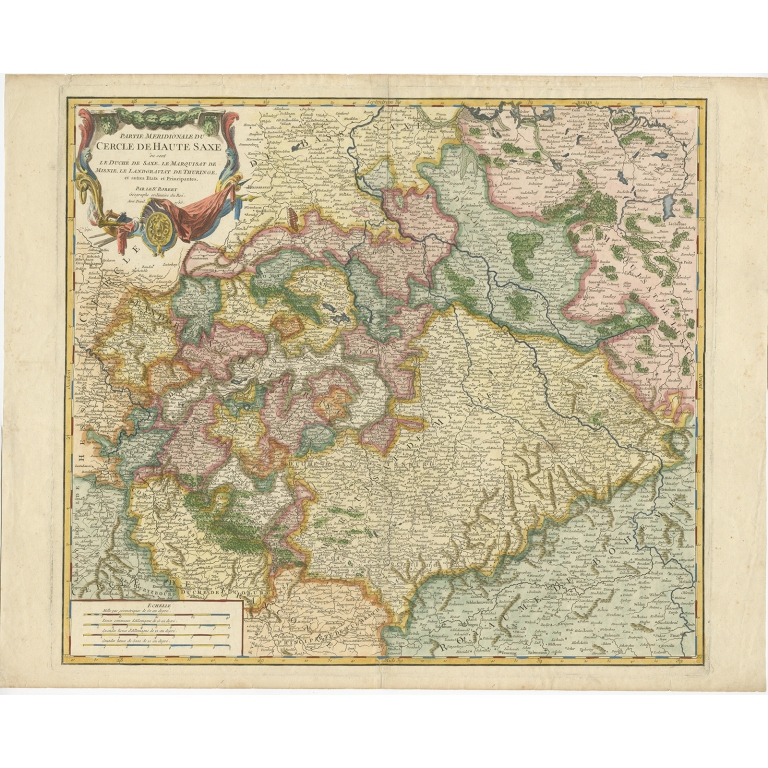 Description: Antique map titled 'Partie Meridionale du cercle de Haute Saxe (..)'. Original antique map of upper Saxony, Germany. It was the name given to the majority of the German lands held by the House of Wettin, in what is now called Central Germany.

Artists and Engravers: Gilles Robert de Vaugondy (1688 - 1766), also known as Le Sieur or Monsieur Robert, and his son, Didier Robert de Vaugondy (c.1723 - 1786), were leading mapmakers in France during the 18th century. In 1757, they published The Atlas Universel, one of the most important atlases of the 18th century. To produce the atlas, the Vaugondys integrated older sources with more modern surveyed maps. They verified and corrected the latitude and longitude of many regional maps in the atlas with astronomical observations. The older material was revised with the addition of many new place names. In 1760, Didier Robert de Vaugondy was appointed geographer to Louis XV.