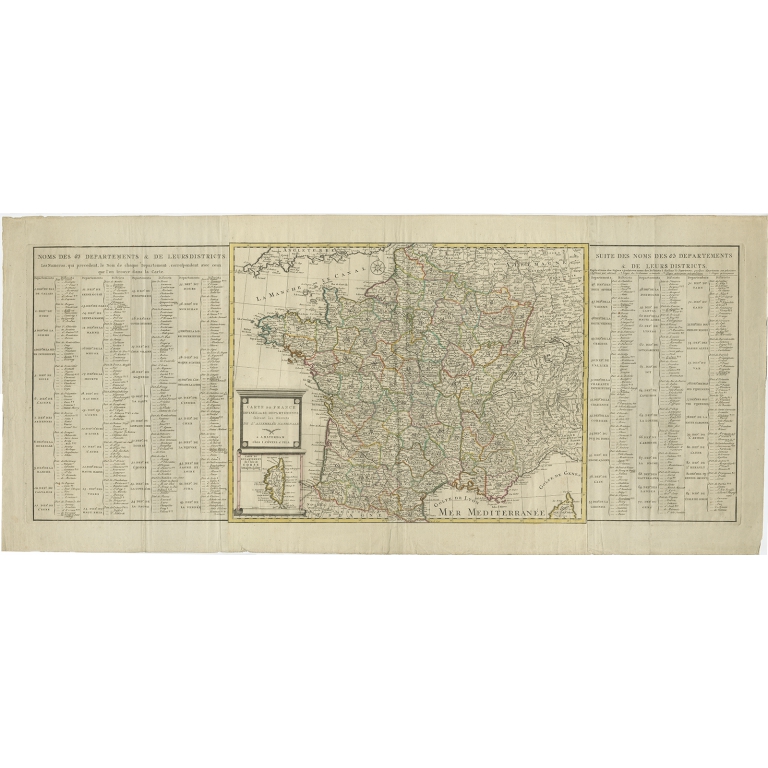 Artists and Engravers: Covens & Mortier was one of the largest and most successful publishing firms in Dutch history and continued in business for over a century. Pierre Mortier the Elder (1661-1711) had obtained a privilege in 1690 to distribute the works of French geographers in the Netherlands. After his widow continued the business for several years, Cornelis (1699-1783) took over in 1719. In 1721, Mortier forged a partnership with Johannes Covens (1697-1774), who had recently married Cornelis’ sister. They published under the joint name of Covens & Mortier. Johannes continued to work with Cornelis’ heirs after his death. In 1774, upon the death of his father, Johannes Covens II (1722-1794) took over his father’s share. In 1778, the company changed its name to J. Covens & Zoon, or J. Covens & Son. Covens II’s son, Cornelis (1764-1825), later inherited the business and brought Petrus Mortier IV back into the fold. Petrus was the great-grandson of Petrus Mortier I. From 1794, the business was called Mortier, Covens & Zoon, or Mortier, Covens, & Son.