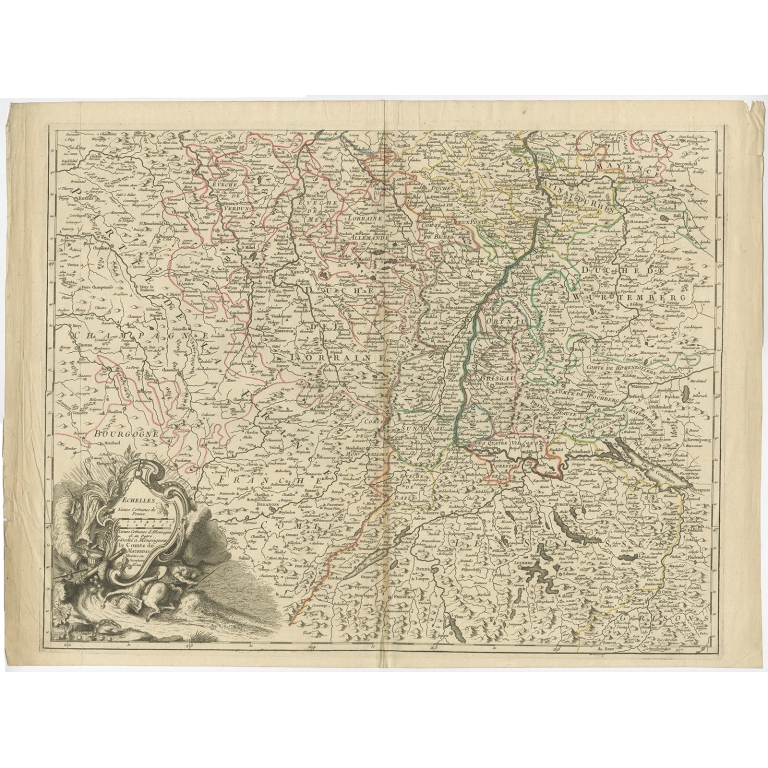 Description: Untitled antique map of the Lorraine region, France. A cultural and historical region in north-eastern France, now located in the administrative region of Grand Est. Lorraine's name stems from the medieval kingdom of Lotharingia, which in turn was named for either Emperor Lothair I or King Lothair II. It later was ruled as the Duchy of Lorraine before the Kingdom of France annexed it in 1766.

Artists and Engravers: Anonymous. Most likely part of a two sheet map.