Antique Map of the region of Berry by Janssonius (1657) 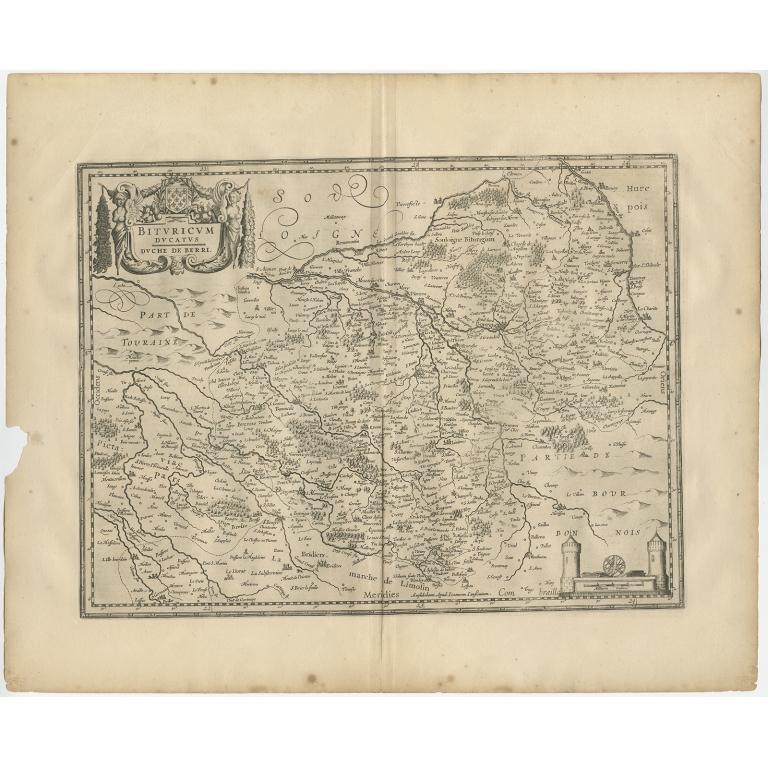 Description: Antique map of France titled 'Bituricum Ducatus - Duche de Berri'. Decorative map of the Berry region, France. Berry is a region located in the center of France. It was a province of France until départements replaced the provinces on 4 March 1790, when Berry became divided between the départements of Cher (High Berry) and Indre (Low Berry). This map originates from 'Atlas Novus, Sive Theatrum Orbis Orbis Terrarum: In quo Galliae, Helvetiae (..)' by J. Janssonius (1656-1657).