Antique Map of the region of Quercy by Janssonius (1657) 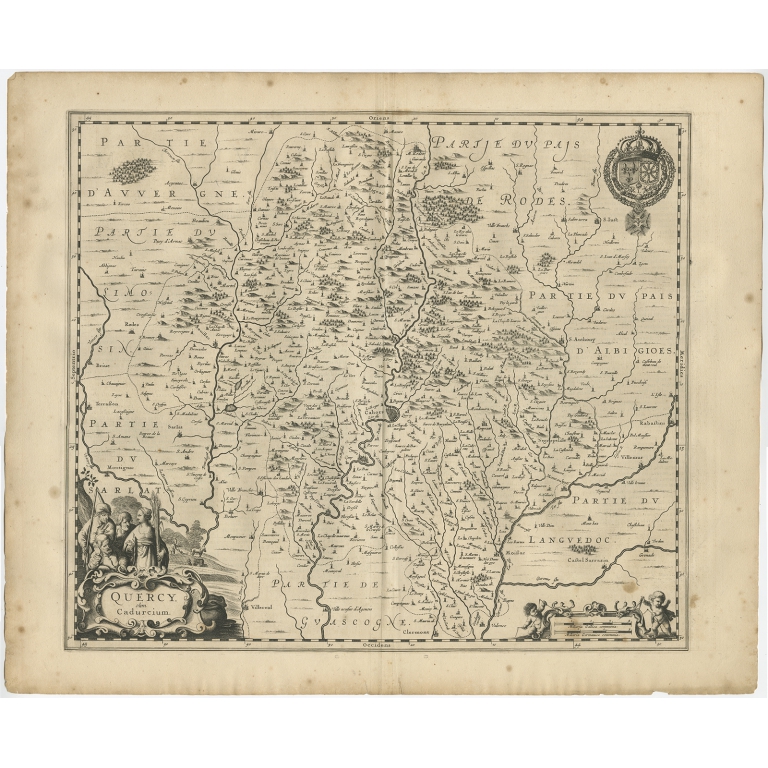 Description: Antique map of France titled 'Quercy olim Cadurcium'. Decorative map of the Quercy region. Quercy is a former province of France located in the country's southwest, bounded on the north by Limousin, on the west by Périgord and Agenais, on the south by Gascony and Languedoc, and on the east by Rouergue and Auvergne. This map originates from 'Atlas Novus, Sive Theatrum Orbis Orbis Terrarum: In quo Galliae, Helvetiae (..)' by J. Janssonius (1656-1657).