Antique Map of the Burgundy-Franche-Comté region by Janssonius (1657) 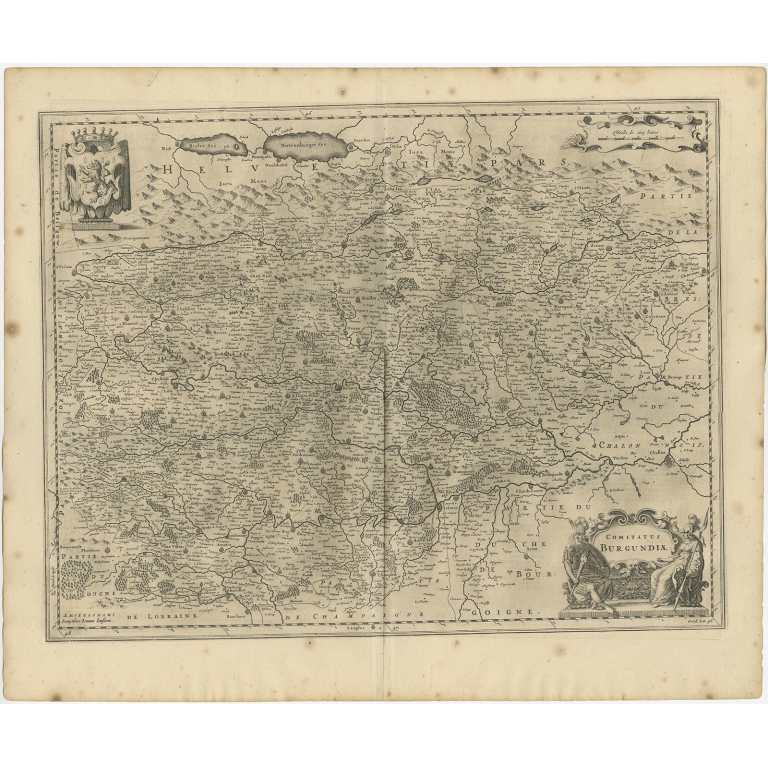