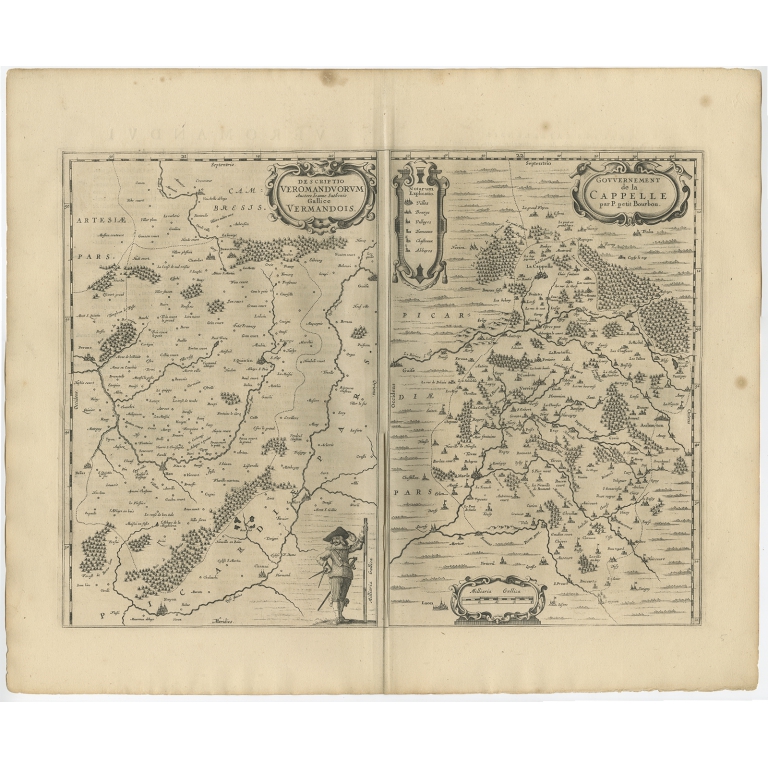 Description: Antique map of France titled 'Descriptio Veromanduorum - Gouvernement de la Cappelle'. Two detailed maps of France on one sheet. The Vermandois map is centered on the Oyse and Somme Rivers, and shows Chatelet, Beaurevoir, S. Quintin , Preone, Lafere, Channi and Noyon, amoung other larger towns in the region. The Cappelle map is centered on the Oyse and includes Vervins, La Cappelle, Aubanton and Marle, amoung others. This map originates from 'Atlas Novus, Sive Theatrum Orbis Orbis Terrarum: In quo Galliae, Helvetiae (..)' by J. Janssonius (1656-1657).