Antique Map of the Region of Brie by Janssonius (1657) 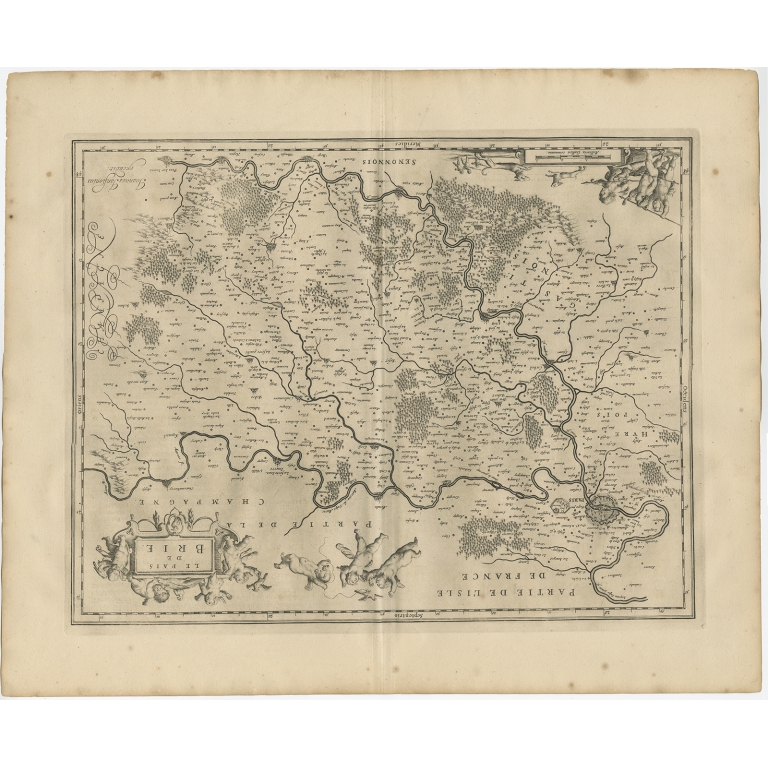 Description: Antique map of France titled 'Le Pais de Brie'. Old map of the Brie Region, to the east of Paris, between the Marne and the Seine Rivers. This map originates from 'Atlas Novus, Sive Theatrum Orbis Orbis Terrarum: In quo Galliae, Helvetiae (..)' by J. Janssonius (1656-1657).