> Antique Maps>Europe>West Europe>France>Antique Map of the Region of Boulogne and Péronne (c.1590)

Antique Map of the Region of Boulogne and Péronne (c.1590) 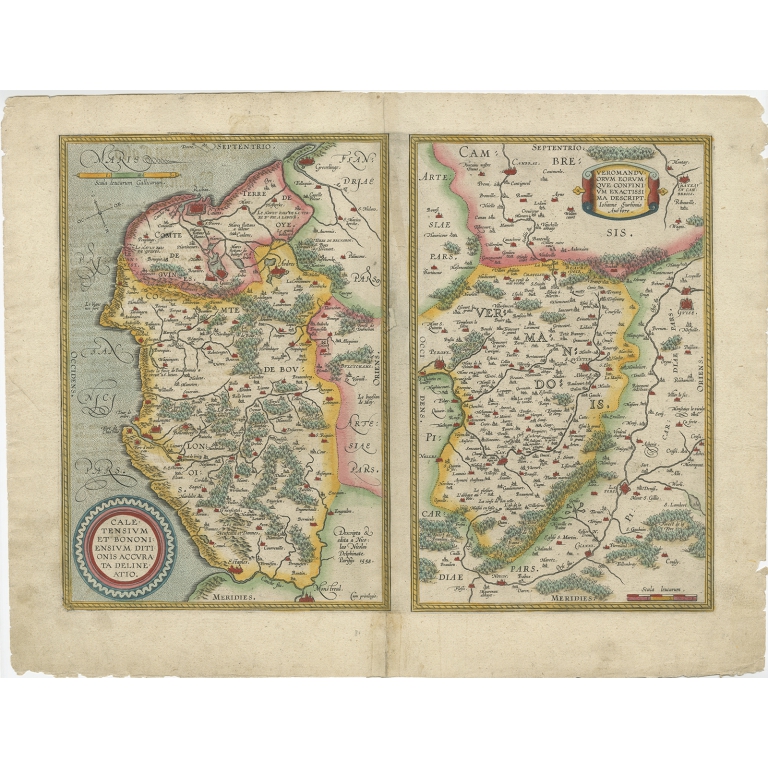 Description: Antique map titled 'Caletensium et Bononiensium (..)'. Two detailed regional maps on one sheet. The first map shows Belgian and French Coastal region, from Estaples to Gruerlinge, including Calais and Boulogne. The second shows the region centered on Péronne and S. Quintin. This map originates from a Dutch edition of 'Theatrum Orbis Terrarum' by A. Ortelius.