> Antique Maps>Europe>West Europe>France>Antique Map of the Region of Cambrai by Hondius (c.1630)

Antique Map of the Region of Cambrai by Hondius (c.1630) 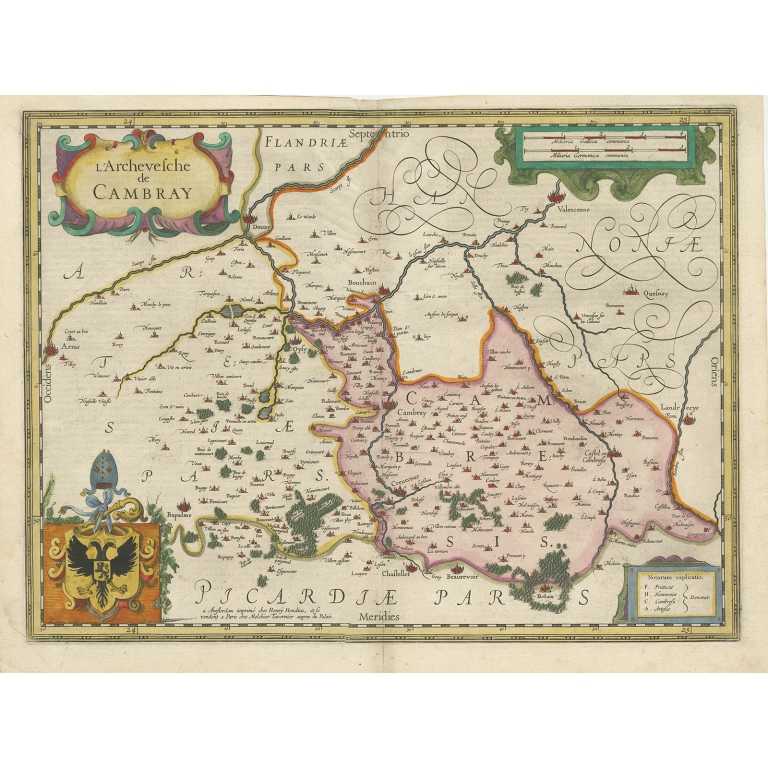 Artists and Engravers: Henricus Hondius (1597-1651) was one of the famous Dutch “Golden Age” cartographers. He initially helped his father and brother to expand their family business of map making. Later in 1621, he opened his own business firm in the city of Amsterdam.